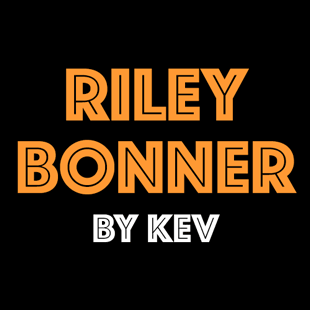 Second year in the system, will he get his shot?

As a proud Victorian I definitely don’t have extensive South Australian football knowledge that our very own Barron von Crow has. Jock has let me have a go at Riley Bonner though so I’m gonna give it a red hot crack!

I remember Riley Bonner being taken at pick #37 by the Power. As a fellow leftie, when I see the words “booming left foot” in draft write ups I get a little bit excited.

He carved the opposition up during South Australia’s under 18’s championships, averaging 18 possessions at 73% and won All Australian selection off halfback.

I reckon we’ll be seeing a lot more of Bonner in 2017. He’s an attacking defender who prefers to kick it long rather than worry about handballing it, in the mould of the Supercoach significant Heath Shaw and Jason Johannisen. Obviously the above tells us stuff all about Riley. I took a dive into is SANFL stats for 2016 and this is what I came up with. Averaged a tick over 17 touches a game (12 of them kicks) at a respectable 79% efficiency. 2.5 I50’s and 3.9 R50’s. That tells me he loves to tuck the Sherrin under his arm and take the game on. His SANFL stats match up nicely with the short set of data we have for him at AFL level, 17 of his 22 possessions were kicks. He recorded 6 R50’s from 83% game time.

Standing at 191cm, his drive and the precise kicking has seen him likened to Hawthorn’s Grant Birchall. Unfortunately, that one game has stuffed up him being available at rookie price in 2017.

LISTEN: Not a bad debut from @PAFC‘s Riley Bonner – 22 possessions & a win against the Suns! https://t.co/XZxS1OEGyR

The obvious one here is that he is yet to find his place in the Power line up. Even if he cements a spot in the preseason he’s not going to a basement rookie. He also favours the uncontested ball. Delivering it is one thing, but he needs to get more of it to translate into higher fantasy scores.

This is a tricky one. If he’s rookie priced his selection is simple – wait for him to fatten up and then kick him to the curb. My hazy memory on guys that have played one game says that he won’t be, he’s broken the seal so the powers that be at Supercoach HQ will give him a grossly unfair price. It’ll take fair sized plums to select him if he’s around $250K.

Unfortunately that solitary round 23 game has thrown me off which makes me a bit sad. Should be awkwardly priced around $250K. A lot of things have to change for him to be in my team:

Ripper Kev. That price is all important – if he does sneak in under 200K he'll be on the radar. The mail is he's looking good for Round 1 – just has a solid preseason to prove himself ahead. Impressed me in that last game v gold coast.

Fascinating stuff! He's been on my mind, and everything you mention is bang on. I'm thinking he's a yes actually, but I'm a bit of a punter when it comes to the awkward priced defenders. Think you'd have to go in accepting the possibility of a corrective trade early on as the risk you take.

I voted unlikely in the poll. Can't bring myself to give him the flick just yet

Nice one Kev. Will all come down to his price & what I think he can fatten to. At 250 odd his price would be similar to Andy McGrath who will be a Mid/def. And boy oh boy I'd love to have him

Very nice, Big K. Another watch list hero who needs to shine a bit for both spot on Powers and SC consideration. Lot to like on paper. See how Bonner Ride goes.

Cheers, fellas. Like with Yarran yesterday, if the defensive rookie cupboard is bare these are the type of blokes we need to look at

sensational write up mate!!!! Bit "stiff" not to get picked rnd 1 u would think..

Great work Kev.
As a Port man I'd love to see him get a good run.
Tbh it frustrated the crap out of me that these young uns didn't see more gametime late in the season. We were cooked with a month to run and prime chance to give the likes of Bonner, Snelling and Palmer a good crack. Stuff this one and two games tiddlywinks. Just a tease and to top it off, ruins SC rookie pricing for next year.
In any case I can't see Bonner getting much of a look in yet with Austin and DBJ emerging plus a returning Hombsch and Trenners heading back to CHB with Ryder returning. Wish our second tier mid stocks looked as promising.

Nice to hear a port supporter perspective losty. Instead of waiting till the end of the season to realise it's time to invest in youth, they should have started much earlier. One game does dent his price appreciation prospects unfortunately. And the quality & depth of the upcoming draft will most likely mean anyone who wants guns & rookies will be spoilt for choice. No need for over inflation

Something I'd like for SCHQ to look into, Pie. He's basically risen 130k on the back of one game.

It stinks Kev. They should be consistent & issue price movements after 3 games.

I was trying to work out where Bonner would get a gig with returning players. You'd think DBJ keeps his spot, but I do think Bonner could get a spot starting on the bench. He uses the ball well by foot, which is something I think Port need more of. May be on the fringe for most of the year though, so the last thing you want is to pick him and have him get dropped after 3-4 games.

I'm guessing that Port may be forced to continue to use Ryder up forward more, which will mean Trengove rucks, so Hombsch, Austin and Jonas could possibly fit down back with the likes of Pittard, DBJ, Broadbent and Bonner supporting. It'll be interesting to see how Port do end up using Ryder since I think Dixon does needs more support than just Westhoff as a tall target, but Ryder is obviously more suited to being a ruck.

But reading this its a bloody disgrace.

Surely the rules that apply to the season proper should be applied to the starting prices the next year?

Under the current rules a players price does not change until they have played 3 games. So bonner really should be $120k starting price in 2017 as he only played one game. Might be different for injured premos but surely rooks given the level of uncertainty shoukd remain unchanged?

He plays the final game to give him a taste of AFL and supercoaches get the ram rod treatment where his starting price is expected to double after one game!

This abnormality in pricing and not his talent will result in young bonner being left out of the majority of sides. I think he has talent and a laser like left foot and will be a weapon off half back next year for the power but we will only be able to enjoy this on the box and not take advantage of this in our sc sides.

Agree Trigg. This needs to change. Leave it with me old mate.

Great read, Kev. I remember thinking at around this time last year we'd trade our second 1st round pick for a pair of lower picks so we'd get a chance to grab Bonner. I was at the draft and he got a HUGE applause when the Power announced his name.

Kind of annoying from a SC perspective that the Power played him since he won't be as cheap now. There's gonna be a ton of guys available around his price, he's got a lot of upside, but I'm not sure if his JS is rock solid enough. But plenty can change between now and the start of the year.

Nice Kev. Agree with NO for sure, too many unknowns and Def line looking pretty strong for options, no need to risk here!