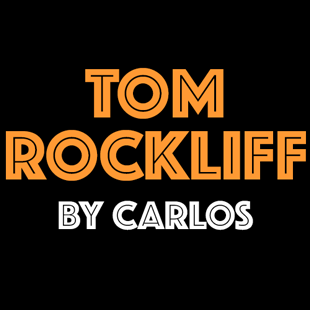 Hitler, Putin, Trump – these names are synonymous with some of the most feared regimes in history.

But we can now add another name to the list – Mathieson. Like the rise of Donald Trump in the US, Rhys Mathieson has quickly ascended to power at Brisbane and is currently ruling over the Lions with an iron fist.

Mathieson is already imposing his will on his team-mates, demanding that they “get around him” at every opportunity and installing a policy in which every Brisbane goal must be acknowledged with his famous “shot gun” celebration.

As Jock has previously flagged, it is not out of the question that Rhys takes over as Captain-Coach for the Lions next season, should he decide Chris Fagen is not up to the job.

What this spells, my friends, is trouble for Tom Rockliff. Rocky once assumed the mantle of top dog at the Lions, but the sudden emergence of Mathieson has overshadowed him significantly.

How will this impact on Rockliff’s Supercoach game in 2017? Let’s take a look at Tom’s numbers last season:

There is no doubting Tom Rockliff’s ability. The man is born ball magnet who is capable of racking up 35+ possession games with alarming regularity. When fully fit, he is one of the most consistent SuperCoach scorers in the game.

Clearly, durability is the main issue here. Tom’s body is bloody frail. He has missed a whopping 15 games in the past three seasons.

Last year, Rockliff burnt his owners several times. Coming off a severely limited pre season, he injured his hamstring during Brisbane’s Round 2 match – resulting in a low return of 48 SC. After missing two weeks, he played three more matches before reinjuring the same hammy in Round 7 – resulting in a score of 41 SC and another three weeks on the sidelines.

At 600K, he won’t come cheap and will have plenty of other top-liners to content who have more reliable bodies – Danger, Pendles etc.

People scared of Australia getting an evil leader like Trump forget that the Lions picked Rhys Mathieson at pick 39 in ’15. @jock_reynolds

If you pick him, you are selecting Rocky for his consistent scoring and high ceiling. This makes him a bona fide VC and C option every week. If he doesn’t get injured, he will rarely let you down scoring-wise. Even on a bad day he will give you a 90 or 100.

Despite being injury-riddled, he has demonstrated an impressive ability to hit the ground running when he returns from a break. Tom actually boldly predicted he would go 180+ in the lead up to his Round 11 comeback match after a three-week injury lay off. He had 48 touches and scored 204.

Picking Rocky is without a doubt a high-risk, high-reward play. The overall winner of SuperCoach last season had the balls to pick him coming off of two injury stints, when few others had any trust in him. Rocky rewarded him with a double ton.

Even though he will be priced at 600K, I believe there is still some value in Rockliff. If you take out the two injury-impacted scores in the 40s last season, his average would have been considerably higher. If he can stay fit and play the majority of games next season, he will be a top eight SC midfielder without a doubt. But given his extensive injury history, that is a big ‘if’. There is also the Mathieson factor to consider.

What are your thoughts on Tom Rockliff?

One of the great blokes of our community. Follow him here: @CarlPfeiffer9

His scoring potential is as high as anyone's, but I cant bring myself to shell out 600k for a bloke that I cant trust to stay on the park

Problem I have with Rocky is that he's a trade burner. Fool me once and all. Got the high hard rod the last years by not saving trades. Part of the plan to save better is not putting my arms around Rocky and his outstanding SC potential. Will be sacrificing the odd 150+ score but will be saving trades in the end.

Only way he makes earns a Throtts guernsey is if he dips well below $500K. Otherwise ol' Rocky and his Trumpian eye has earned the year off my squad.

He left us with stains last season Throts. He's not banned for life just yet. But he has a starting ban applied

Yes. Many an underpant has been stained by the Rockliff injury log. Not for me for starters either lads.

He would need to be a beaming specimen of fitness at the start of 2017 season for mine. great footballer, tough and keeps on going – got no questions at all regarding SC output.

Great work, C. Won't be going near him to start. You need a solid start to succeed in this business and 600k makes me nervous as he's way too injury prone. Will target after his bye, in 2015 and 2016 he's come home with a 120+ average

The only thing he's consistent at is finishing like a freight train. I won't be selecting him at 600 with that injury history. But I'll have a close eye on him post byes. No one finishes stronger. Nice work Carlos

Discussed this one with INP in a previous thread.

Most likely wont start him but will be a post bye upgrade.

As INP said he comes home like a freight train every year and you wanna be on the train and not on the tracks when the train is coming through!

different look at things Carlos. I like it. didn't have much idea young matho was causing such a stink.
have spoon will stir.

Yep. I'm very vey unlikely to go in with him as a starter. Enjoyed the read by Carlos as always.

We probably think Rocky is better than what he is based on his prolific SC scoring. At the trade table no one was prepared to offer a 2nd round pick. Flog factor may have been involved

Number one bye upgrade for mine too, great that he has the first major bye round, should give him enough time to do the standard get injured and recover twice

I've obviously missed the Rhys Mathieson back story.
Is there a link on Wikipedia?

A difficult and sensitive situation old Westy. This might fill you in in part of the story: http://www.jockreynolds.com.au/2016/09/20/jock-re…

You've been drinking too much of the Kool Aid to say Trump and Putin are some of the most feared regimes in history. For starters, Trumps regime has not even begun so how can he be lumped in there. Perhaps you think the regimes of Assad, Gadaffi, Hussein, Stalin etc were all peace, love and understanding.

Sounds good. I'll have some too

I'm really glad people don't trust him enough to include him in their starting team. Unlucky with the types of injury he had, will go big in game 1. 600 is cheap, if he stays fit he won't ever be much cheaper than that and few premos can go as big. Round 1, pin colada, banana lounge and rocky ton all parcelled up.

Unlucky yes. Any player is unlucky to get injured. My concern is his injuries are all in the same area. It's a chronic problem for him

Nice read Carlos. I'm referencing your article in my next one, for me Rocky is a no, he'll fall below 600k at some point, probably get injured and give you a filthy 55 when you slug the capt on him.