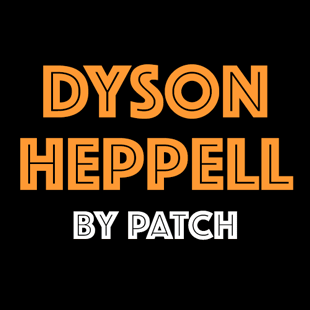 Jock has a lot of blokes he’d spoon in the comp.

Gary Ablett. Nathaniel Fyfe. Nick Riewoldt. If he were any lesser man I’d doubt his ability to get round to all these blokes. To make them happy. To please them. But if any man can have dozens of mistresses and please the top 10 Brownlow runners up for the past 5 years all in the same month, it’s Jock. Bloody. Reynolds.

I’m a bit more chaste. While I’m no Peter Higginbotham, I struggle to get up and about unless the bloke in question is in red and black. I can be breathless at a Nat Fyfe screamer or a Shane Mumford slam, but it doesn’t quite do it for me like the blokes from Bomberland.

I’ll look at Zach Merrett in coming weeks, no doubt, but I’m opening the bank balance with the man who will steer Essendon out of the dark times that have been the Essendon Doping Scandal. The blonde-headed light in the darkness.

Dyson Heppell is 24. He’s likely to be the next captain at Essendon, with Jobe unlikely to stick around in the role formally. BUT – he is part of those who were banned for 12 months. He hasn’t played a game of football since September 6, 2015. That’s a long, long time to be out of the game, and I reckon Heppell, and the rest of the returning players, will take time to come back to the speed of AFL.

That said, 24 is coming into the prime of his career, and we’ve seen it for a long time – this boy can play football, and play it very bloody well. He kicks more than he handballs, and averaged 4.8 tackles a game in his last season. He’s also not too impartial to a sneaky third man up hitout for a few extra points to snack on.

But there is – as there always is – a downside. Dyson is an outside player, and no matter which way you look at it, outside players don’t score as well as those that go in and get the hard ball. His disposal efficiency is 70%, and from someone who gets 16 uncontested possessions a game, that needs to be 75%+ for mine.

His averages also don’t encourage me. We were looking at Dyson breaking the 110 barrier in 2015, and were disappointed. While he was reliable as anything, he only had two games above 125, and that’s not enough to cut it.

We’ve got too many stars packed into the midfield this year to be chasing a bloke who’ll be playing his first game for 18 months in March. As much as I love him, I’d take Zach Merrett, and about 12 others, above him for the start of the year.

However, keep your eyes peeled on him for a sneaky upgrade. If he start averaging a consistent 115, hitting 130 every third week or so, I’ll be licking my lips and seeing if I can slip in in.

A seriously good man as you all know. Twitter him:  @PatchToTheMax

The big arse question – what will these blokes get – if anything – in terms of discount? Massive implications for the community.

100 % Jock.
If he does get a discount well that pushes him up to the front of the queue.

Bit of a worry that he hasn't played for 12 months, but with a hefty discount will monitor him very closely over the pre season.
Like riding a bike you don't forget, you just get on and start peddling build up your fitness base and hit the preseason in peak form.
They must just be champing at the bit and itching to get out there again.
hopefully dyson is driven to make up for a year lost.

I will be very annoyed if there is a discount to returning banned players it will take a lot of the differences out and a lot of people will have very similar teams!

Yes but the Essendon rooks of last year weren't too much of an issue, this year should be even less so. Surely some would go Jobe some will go Heppell and some Merret.

I'm with you Patch. Too much uncertainty being out of the game for so long at that price. But if he did get a massive discount (unlikely) then I would consider him. I seriously rate him as a player

Nice write up, thought you'd be a yes for sure!
A Discounted Heppel is locked in for me.
Now if Jaimie Elliot gets his due discount but Heppel doesn't it strikes me as fair dinkum ****house form.

Elliott was genuinely injured & missed the season. And his injury is career threatening. Bomber boys were suspended. I think that's why they will keep them at 2016 prices. But really who knows Gave

My problem there is that it doesn't matter why they missed, they didn't play. A year out is a year out. Cam McCarthy with homesickness? Please. Lachy Keefe? It will be interesting and you can guarantee a fully fledged rant from me if doesn't go down the way I see it.

In other news – I go for the pies. Buckley out by round rd8?

Figured you were a Pieman as well Gave. I'm tipping Buckley gone by the bye. Will be fitting Bye @ the Bye Useless prick

Not many coaches get a young premiership team and not only ruin it, but get chance after chance. Into his 6th year! It's a joke. Not one season of improvement. The Mong plays players out of position. Got rid of a premiership defence then complained about a leaky backline.
Gutted the club of its heart and soul. From club legend to club tea towel.

Amen to that! And it all comes down to Eddies pride. Harden up & admit you were wrong & fix it! Buckley can't coach. Simple as that

You must look at this bloke very very closely. I don't follow the dons but he is a stand out. Never stops having a crack and is very durable. He's in my top ten midfield starters at this point, with or without a discount.

Gday there Thommo – great to see you in here mate welcome aboard. I tend to agree. He's relevant in my book even without the price clip. Should be pretty high in calculations.

Love watching him go about it. 2016 should have been his breakout year. I have him priced at 565k Patch. Definite no at that price. A discount, even 10%, would be a huge game changer. Don't see it happening though and will target after the byes

Yeah agreed Kev, $565k will be his price.
VS have stated there will be no discount on returning banned players.

Is that 100% true Barron? I hope so that's a good move and will make the game a lot more interesting

Fellas, don't be so pessimistic about the returning bombers getting discounts. You all admit that they will be rusty as hell, CD knows this, and have set a precedent with drug discounts in the past. No reason it would be different now.

I believe this lad will get a 20% discount (educated guess). At 450k he would be one of the most locked players in SC. Even at 10% i would likely start him. Assume to use him as a stepping stone, be pleasantly surprised if you don't have to.

Great Scott! A precedent. We are saved.

Also I might be making stuff up here – but maybe Crowley copped a heavy discount because 20% for the year out and then an extra 10% for being delisted????

Crowley got 10% extra because low scoring players get an extra 10%. eg Wells was 40% discount, but the cheaper players usually get 50% for missing so long. I think they do this because the % is not very impressive when they don't cost much to start with

Agree with the No here Patch but I love the freaky haired jet!!

Patch did you write this?

Are you sure you didn't sit this one out and bring in a sub?