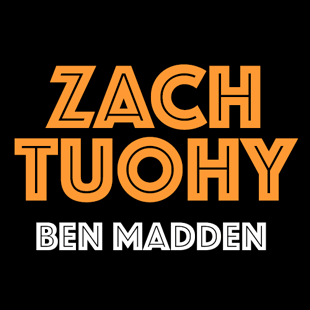 New team – but can he deliver?

They landed Tuohy and Carlton’s future second round pick in exchange for Billie Smedts, pick 63 and the Cats’ future first round pick.

There’s clearly a role there for him, with Enright and Bartel being fantasy stalwarts for as long as some Supercoach nuts can remember. However, whether Tuohy has the scoring potential is another matter.

Many Supercoachers were burnt by mid-priced defenders this year, but hey, 2017 is a new year right?

Whilst Zach only averaged 81.5 for the season, his last 5 games are very interesting. He scored 108, 121, 112, 67, 112 for a 5 round average of 104. If he can replicate this form next year, he’ll be extreme value for money, and will provide you with a much needed boost over your league opponents.

The half-back role is one of the most lucrative Supercoach roles, with rebounding defenders racking it up week after week (Heath Shaw and Sam Docherty anyone)? If Tuohy can get himself a prime position on the defensive 50 for the Cats, he will score big week after week.

The problem is, going to a new team is always an unknown. Will Tuohy fill the Bartel and Enright shaped hole? Thurlow is set to fill one of the spots left, and whilst one can assume they targeted Tuohy to provide run off half-back, assuming makes an ass out of you, me and the Supercoach gods, and we all know what they do when humiliated.

Tuohy is a season long prospect, and someone you pick in order to save a bit of cash. Top teams in the past have shown that if you can nail a breakout defender or 2, then the cash saved can go a long way to winning Supercoach 2017.

May stagnate at 80ppg

It is very, very hard for me to say no to Tuohy in 2017. I can definitely see him scoring 95ppg in a good Geelong team, who will be hungry for blood after their embarrassing loss to Sydney in the preliminary final. Will Tuohy be the number 1 defender next year? Probably not. But he may just be the pot of gold at the end of the rainbow (sorry, I had to), that goes toe-to-toe with the Dochertys of the world. It’s a tentative yes from me.

Well done Ben , a bit of a curly one to get us all thinking . With Enright and Bartel leaving I think this is the guy Geelong are going to want rebounding the ball . Thurlow won't be 100% so tuohy could be a great scorer and pod . One I didn't have on my radar until now . Can he 'take the leap' to a big scorer in 2017 ?

I think if you can get 95 out of him you'd be laughing. I like his durability – fills me with confidence.

Hmmmm when I first read this I though Nah. But having thought about it he might be an option. Won't be in the same defence as point pigs simmo & doch. And he will certainly have a specific role for the cats out of defence. Far from locked in but definitely in consideration. Like it Ben. Nicely done mate

Having a look through his numbers I like what I see. Nearly 3 I50's and 4 R50's a game tells me it's unlikely he'll hold down a key defensive post. His d.e% at 82 is elite as well.

His upkick in scores intrigue me. Doch and Simmo were still around. Can anyone shine some light on why that happened? He'd done bugger all score-wise in the month before he started knocking out 100's

Good player choice, Ben. Gave me plenty to think about

Nice one Ben a real noggin scratcher.
Great D/E and distributor of the pill. Without Simmo and doc taking points off him should go OK.

However he is a case of wait and see for me. The main factor is how much carnage the boys at SC HQ cause next year in our forward line.

If as expected they remove the cream DPPs and my boy 50 shades remains mid only leaving a lot of mid pricers up fwd. If this happens can splash a bit more cash in def and grab another premo.

If some premos remain up fwd will splash the cash here and then have to cut back in def which brings Thouy into play amongst others.

All up to the SQ HQ boys.

Certainly will be interesting if the FWD line is bare Trigger. If it is it will allow us to load up in defence. Imagine having a FWD line with Buddy at F1 & KPF's only on offer. I need a drink just thinking about that

buddy at F1 – as frank costanza would say – holy crap!

surely they wouldn't leave us with KPP's only would they?

Not sure. Pretty sure Zorko & Dahl spent more time in the guts this season. If they go & so do Dusty & Zerrett as well as Joey to defence then that doesn't leave much! I'm not sure I can pick Lids either, burnt me. Hopefully they give us a few back

Peter parker and 50 Shades would do.

I don't usually go with a 'Locked in' or a 'No' in the poll (It's November, almost everyone needs to be considered) but I have my first here. It's a No for me. He just hasn't done enough in his career up until now to justify a spot in my team.

Great article, I enjoyed reading it, but it's still a no.

It's an absolute no for me and would prefer to pick Docherty for 100k more if that's how much he'll be plus Tuohy will have Dangerfield and Selwood taking points off him whereas Docherty will have more opportunities cause the ball will be inside Carlton's def 50.

Gday there Min good to see you've signed up on the comment thing. Hand for notifications and such. It absolutely is a safer play – and well worth the additioinal $100K for Doc if thats what your decision came down to in the end.

Man, i'm sooo off mid pricers!
(says me every preseason, only to find two or three showing up in my side come round 1)

Defensive points need to go somewhere and I like the smell of Tuohy.
As noted, Thurlow isn't gonna blow us away from the get go.

Love the analysis Ben and this bloke is seriously on my radar.
Durability and DE a big plus.

If he was younger I'd lock for sure, but at his age I think he must have plateaued. Can't see him as competitive for a top 8 defender spot, so no for me unless we see him tear up the nab in his new role.

Great to see you in here Moustach! The one thing he DOES have in his favour is slotting into a backline with Docherty & Simpson around to share his potential points. Good point on the age factor though.

Tuohy falls into that slightly older steady run off the half back category. Good luck to those that pay Premo prices for Shaw, Doc and Simpson, Rance etc. I like going for the 450-500k with a floor of 90, likely of 95 and possibility of 100 avg for my defensive dollar spend. I will have one of Shaw and Doc. Zach is a high probability option for Rd 1 for Bombers Rule in 2017

Dear @Supercoach @ThePhantomSC etc who should I pick? #supercoach

#SuperCoach Who to get Doch or Dawson? Can't get both

Comes back into @essendonfc side due to Archie Perkins' calf injury

Read today's early mail ahead of the team news 👇👇 https://bit.ly/3AhnhGt