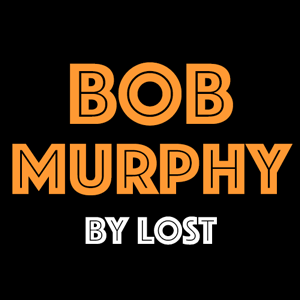 In Bob We Trust.

Now I don’t normally cry during footy games. I even managed to choke back tears in 2004 at the G when Port rose to glory.

However the sight of Bevo calling on Bob and anointing him with his medal just over a month ago, had me reaching for the Kleenex (no not in that way, you sickos).

I challenge any true blue Aussie out there to deny their love for Bevo and Bob following that moment.

NEW PODCAST EPISODE HAS HIT THE INTERNETS. LISTEN IN HERE. HOLD THE PHONE, THIS IS A SUPERCOACH ARTICLE!

No room for hearts on sleeves here.

Now as you may have gathered, I have a soft spot for Bob. But for the sake of journalistic integrity I’ll remove the rose-coloured beer goggles and attempt to give an unbiased preview.

Bob was in the form of his life before injury struck late in the round 3 game against the Hawks. Averaging 28 disposals at 82% DE and 103 SC, he was on track to be a top 3 fantasy defender for 2017. It was a massive loss for the Doggies and the fantasy world in general but one which we were all able to overcome.

Now don’t quote me on this but the medical boffins at the Kennel have been over heard sprouting: “We can rebuild him. We have the technology. We can make him better than he was. Better, stronger, faster.” Sounds promising eh?

Yep not just one but two bloody big elephants in the room here.

Bob will be nudging 35 next winter and just edges Matty Boyd as the oldest player on the Doggies list. Father time can be a cruel bastard for the underprepared but I reckon the backline at the Kennel have the good oil flowing. Rivalling the Hawks for the most ancient defence, the likes of Boyd, Morris, Wood and Murphy have all held their junk together pretty well in recent years. Make no mistake, this rockin defence was a big factor in winning the flag this year. Age can be a blessing or a curse, you be the judge how it will work for the Dogs in 2017.

Now, that knee. Yep it’s the same knee Bob did back in 2006. It held up for 10 gruelling years after his first reco – Impressive.

Can he come back just as strong after his second rebuild?

That’s the $392,300 question. For what it’s worth, Bob started running back in July and word is that he’s tracking nicely. If he can put in a solid preseason, then the 2017 fantasy world is still his oyster.

Bevo you legend! Couldn’t have said it any better if anyone at the Dogs deserves a Premiership medal its Bob Murphy! #AFLGF

I have a story here, and if you bear with me long enough, I might even get to a relevant point.

The winter of 1982 was a happy one for me, I became the (arguably) proud owner of one of the most eye-popping pieces of biological engineering – The Axolotl.

I named him Pronto, he looked so cool with his fancy hair-do and he ate meat like lots of other kick-ar$e pets did. However, the summer of ’83 was a scorcher and it turns out that Pronto was a soft-co(k. First sign of a hot day and this sad excuse for a Salamander turned up his heels and did the no-frills backstroke. As a young kid, there was no such thing as the seven stages of grief. Just two, denial then anger.

“For crying out loud Mum! Why didn’t you get me the friggin pet Viper I asked for in the first place!” is what I recall blurting out.

Ok, so what the hell does this have to do with AFL, Supercoach or the meaning of life?

Well as it turns out, Supercoach defenders are a lot like childhood pets. Now we can be all be dazzled by flash in the pan types with their fancy hair pieces like your Hurleys or your JJs but when the heat is on you don’t want to fill your backline with flaky Axolotls, you want to be aiming for rolled gold Vipers.

Bob Murphy is a Viper (apologies to Tom Skerritt fans).

If Bob puts in a solid pre-season, you’ll want to seriously consider him for your round 1 team.

The tale will be in the preseason for me. Can’t wait for the Doggies to start pumping up Bob’s tyres around mid-January and suck us all in. In any case, I love a good beat up and love a returning from adversity feel good story even more. So for me its…All Hail Bob!

He’s been around the community since Adam was a boy. Great bloke: @lostlarrikin

Nicely written lost.
For mine Ill leave him out to begin with, if he's scoring well enough to be a premo then he'll still be available around the 500k mark. Will be on a mission to make up for lost time I reckon

Cheers Bill,
Yeah a sane mind would put a watch on him

Love ya Lost. Always have mate. The parable of the Axolotls sat me back in my chair. Stunned. Can't help but wonder where an eastern bearded dragon would fit in the grand scheme of things. Somewhere halfway/3 quatrs the way between the Axolotls & Viper?

Great work Lost, I can hear the "dit, dit" electronic sound effects now as Bob makes his way onto the field, Austin would be proud mate!

It'll be a wait and see for me but I'll be hoping he'll be SC relevant once more.

Thanks yadman
Mark my words, the half million dollar man will survive us all!

Nice one lost.
Yep big lump in the back of the throat as Bevo handed his medal over. No one deserved it more Bob been da man for so long for the scray.

Was in Barcelona at the time so the pub chockers full of Aussies went bat shot crazy.

Will depend on his discount but fantastic DE and a 2 to 1 kick ratio will be keeping an eye on him during pre season.

Father time is at 11 so time is quickly running out but let's hope capt Bob has one more good year left in him before the curtain falls at the strike of midnight.

thanks TH
Bob might do a boomer and keep going into his 50's. More than likely

Who doesn't love Bob. The Bevo moment will long live as one of the great AFL moments. But this is business, & it's a ruthless business without sentiment. Watching the stunning emergence of JJ leads me to believe when Bob does arrive back he will quickly be Sideshow Bob with JJ in the Krusty role. Very unlikely to start in my side with so many defensive options. Not to say he won't make his way in at some point. Quality stuff Losty

Nice Springfield reference Pieman.
Love for JJ to really grow those bangs out and live upto his new calling.
TY for the support.

Due to his tendency to have a high kick to handball ratio as well as having a high disposal efficiency Bob is very enticing. A hinderence could be the emergence of Johannisen but also an associated benefit could be that opposition teams will spend more time trying to curb JJ's influence. Would love to select Murphy but he is vying with a large range of options including Laird, Rance, Johannisen, Howe, Langdon and M Johnson for D4-5 spot joining the current locks of Docherty, Shaw, Simpson and Thurlow.

I had Bob in my team from the start of 2015, dare I say I inspired him to lead his team to a premiership?

I do dare, the Bulldogs flag is completely and utterly a result of my 2015 fantasy selection.

Now unless I see Bob play three preseason matches, he doesn't have a hope in hell of being in my side come round 1 2017.

Oh c'mon Lek, Bob will be devastated at your loss of faith.

I think i'll take a knee and pray for your salvation.

Preseason pending, I'm leaning towards taking Bob in 2017. Shaw, Boyd, Boris, Bartel, Burgoyne, Simmo… All wrong side of 30 proved age is just a number down back. Not gonna buy into that length of tooth argument. In Bob We Trust!

276 is a number.
I now hate that number.
#trumpmedead

Was saying No all the way through the article…until I came to the bit that says averaged 90 over last 100 games. Thats a lock for me, I will wear the injury risk

Discount is usually 60% for <5 games, and the discounted number is LAST years av. This puts him at likely $300k mark which would make him an auto lock.

Sadly, incorrect. When matches are played in a season (as with Murphy who had 3) then that average will be used for calculating their price in the following season. The 40%-off discount only applies to players who miss a full season. He'll most likely get a price drop but it won't be much more than 20%, mark my words.

If you trust in history then I recommend you check out Old Ocker's spreadsheet (found on this site) which has player prices from past seasons along with their stats; you can use this to identify players in the same predicament as Bob and see how their starting price the next year was impacted; this will provide a guide of what to expect in 2017 for Murphy. The spreadsheet doesn't show injuries but you can always Google specific players of interest to find out why they ended a season prematurely.

Hahaha Axolotl as a pet for a boy! I think your mum wanted you to be gay Lost.
I agree that Bob is a gun and I'll be paying attention during NAB, over the past couple of years he's been one of a handful that averaged over 1.0 points per minute across the NAB series and if he pumps that out again I reckon you could probably scratch Boyd as a defense option for SC

Simmer down there Wombat, the scar tissue hasn't quite formed fully.
In the inevitable event that most of my childhood tormentors are either dead, drug addicts or trump supporters, I thought it safe to bare my soul.