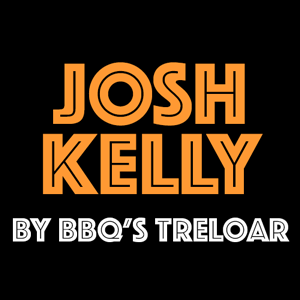 He’s the one with two balls – but does he have the testicular fortitude?

Josh Kelly played every game in 2016 and strong word is that he has been hitting the gym already and will be back next year bigger and stronger than ever.

The boy has progressed well at the Giants. He’s getting better each year. He’s steadily building his fantasy output each year. And he even took some advice from his old mum leading into the finals series.

Some say he has had a breakout year this year already, but let’s dive deeper into his statistics and see how this 4th year player (next year) looks as a prospect for our teams.

Josh Kelly has evolved through the perfect fantasy score, consistently increasing his average and games played over the last three seasons and he now sits in the infamous ‘fantasy breakout’ territory. With averages of 68, 70, 87, is he primed to raise the bat next season with the ton?

A little bit of talk about Josh playing more up forward next season, although we should see him in the guts.

That mid to upper price tier player hat is ready to take his game to the next level. Breakout potential is very high and we would be selecting him as a unique mid, with the option to upgrade if necessary.

As will become apparent with my selections, I’ll be going with a real 4th year breakout flavor to my team next year. Josh Kelly has earned himself a spot at this stage.

Chew the fat with Nick in the comments below, or over on twitter: @N_Zvezdak

Terrific write up this to say the least.
Be interesting to see if he rips some real gut time out of a player such as Dylan Shiel or whether they prefer him in that wing and outside ball user role.
I love him as a player and reckon he's a flat out gun, but with a vast array of top quality premo's such as Beams at a discount he'll be tough to fit in but definitely one to consider

Thanks mate, appreciate the comments.

Will definitely be one to keep an eye on during the pre-season to see where he lines up.

G'day gents love the page . Top job with all the write ups .
With shiel , ward , and an evolving Whitfield I would be very surprised if he cops a tag .. Not damaging enough by foot yet . Great contested Player but not going to take the leap for me .. Not this year too much quality around him . Past averages effected by sub scores so hard to tell how much he has evolved .

Some valid points there. Without his sub-affected scores in 2015, he averaged around 76 which is still a fair jump to the 87 he averaged this year.

Agree, a lot of quality around him and it will be interesting to see how that plays out early in the year.

Appreciate your comments. That's the beauty of the Jock Reynolds community, we can have a different opinion on players and all shed some light in our quest for the ultimate glory.

True that mate , hope for your sake he breaks through , kids got plenty of talent and heart . Cheers for the write up

Nick – this is a great write up. Mark my words – Kelly will work up towards the 105-110 average mark, I'm just not certain it will be this year.

Wanted to say Gday and welcome as well to you Bontemwaldo – welcome on behalf of all of us mate! great to see you in here.

Love the way this kid goes about it. But there's only so many mid spots up for grabs. Is there some value, maybe a little. Is he a keeper, most likely not. If he was DPP he'd be right in the mix, but that's very unlikely. Won't make my squad as mid only, but I'll be keeping an eye on him. Sublime runner. Nice option BBQ TreloarZ

Plenty of options to select from mate, he is just one of them with potential.

If they've played <5 games they usually get a 40% discount from previous yrs average… So I am guessing Beams at 367k. WHE would be 134k for same reason, but i think when experienced players get too cheap they apply a minimum price so I expect him at 180k.

Yes is a brave call. 4th year average doesn't always bear fruit. In 2018 he will get my attention.

Check out the Diffusion of Innovations bell curve. I'm going with an 'innovator' status on Kelly. Like all things, may have its teething problems 'till 2018.

Another ripping article fellas. Consider this, if Lachie Whitfield is suspended in 2016 it's gonna mean more mid time for Kelly. At to that the recruitment of Delidio, who will probably play a high half forward role and I can see him taking his game to another level. I think a 100+ average beckons.

Interesting point, lets see how it plays out. My predictions in the article don't factor in Whitfield missing out.

Ahh Joshy. Had a good ol' flirt with him in 2016. He was in my preseason team for a long time, possibly up until the last week or two. Glad I took him as his first month was horrible

Not sold on him. Came home as limp as a wet lettuce, averaged 79 over his last 8 games. If he is mid only then no chance I'll pick him, reckon his best case scenario this year is to push for a 100 average which is not enough.

In my not yet pile Kev. Same as the next bloke I'll review in due course

thanks lads. Looking forward to it Pieman.

You're a bloody good egg Nick. Well done on the post and your immaculate stuff in the comments

Just happy to be a part of the community and look forward to working together with our fellow members.

Good stuff BBQ Nick
Love this Kelly bloke, will be a beast in a couple of years.
Needs a bit more TOG and start pushing high 20's in disposals and the tons will roll out.
Agree with many, 2018 will be his year.

Hope for your sake he proves us all wrong.