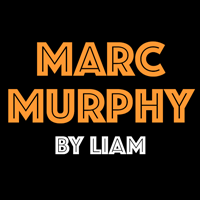 Past his best or is there something left in the tank?

Marc Murphy endured a frustrating year as the Carlton skipper failed to sustain continuity, only playing the first 10 games. He was always behind the eight ball with a limited pre-season following a shoulder injury he suffered late in 2015 that required surgery.

One of his better games this season came in the first round, even with a lack of match fitness. The interrupted pre-season might be the factor that caused his Supercoach & AFL Fantasy scoring output to decrease overall in 2016 compared to previous years, but he was still able to play a key role for his team as they exceeded expectations by taking some major scalps.

Just as he was starting to work his way into the season, an ankle injury ended his year. The frustration comes as he could’ve returned a lot earlier but the ankle didn’t recover in time. The Blues certainly missed his leadership out on the field.

He may have had an uncharacteristic season, but we all know he has been a fantasy beast in the past and you only have to look at what teammate Bryce Gibbs managed to do, rebounding from an underwhelming 2015 by his standards to average 106.1 in 2016. This gives me great optimism that Murphy should at least come out with a point to prove.

After taking out that injury affected score of 12, his season average increases to a slightly more respectable 87 from 9 games. He also found the going tough with concussion in round 4, but was not really influencing that game anyway.

There is evidence to suggest that he can bounce back from a poor season based off a much better Supercoach average in 2014 compared to 2013. Whether or not that’s a sign of things to come is a major talking point and determines if he is selected or not.

Murphy’s injuries over recent seasons are a cause for concern, and it remains to be seen if he is over those niggles. A massive pre-season is required and needs to prove he is capable of running out a full season without any hiccups along the way.

There is also the threat of a potential tag from the opposition, where at times in his career he hasn’t coped well. Though with the emergence of Patrick Cripps, opposition teams might decide to put less time into Murphy and turn their attention to Cripps instead. Murphy can be a damaging player on his day when allowed to run free, so it will be interesting to see if teams want to put time into him.

2017 is a make or break year for Murphy, given he looks to regain some fantasy relevance. He hasn’t averaged 110+ since 2012, but it’s still possible he can return to that level of scoring. All he needs is a good run at it and he could very well return to his former self because time hasn’t run out for him to deliver.

If we do see the sort of scores he produced in the second half of 2015 or more, we could have one of the bargains of the year. He comes in with a very tempting price to ponder.

It’s hard to argue that he doesn’t represent great value. As one of the biggest fallen premiums of 2016 he should come out firing, perhaps to prove some doubters wrong. This is not a speculative pick as you are getting a proven premium at a real discounted price.

Ripping contribution young Liam! Have a chat with him below, or over on twitter: @LiamWatson77

Fantastic acticle Liam. A very solid case you've put forward. But I think if I was going to role the dice on a injury effected midfielder of 2016 it would be Beams or Fyfe or maybe even Gary

Cheers Pieman! I reckon if he is $500K or more it would be a no, but the expected price of $430K makes him very appealing. I reckon I can fit in all of Fyfe, Beams and Murphy to start 2017, who should all offer good value for their price

Liam – super impressive write up son!! Well done. Once again, here's another bloke I otherwise would not have had on the watchlist but some of your points make him pretty bloody interesting. Again – its all about his pre season. For mine, given he gets through a perfect preseason he's a 20% chance of hitting JR Brumby FC RD1

Thanks Jock! I have a feeling he'll be a POD to start given his injury history risk

Great read this Liam, will be hard to fit in with the likes of Beams being cheap but will definitely be considered, moved up my watchlist after reading this

That's the problem Nick, there are only so many of these mids we can fit in

Jock we've got to pay some credit. The great Steyn & his snip the old snake philosophy was bang on the money

He did it mate… he bloody rippppped the heeead of [email protected]!!!

Thank you Liam. These are precisely the selection types I ponder and track closely for any preseaon indicators. An undervalued Mid could potentially make more money and at a faster rate than a rookie. A corrective trade risk, however, a definite POD play.
Kind regards,
Peter J Higginbotham

That will be the dilemma Higgo, whether to make the most of cash generation or keep, much like Wells this season

Great write up, Liam. I voted unlikely but mulling it over I'll consider him very strongly if he gets through the preseason. Will enter the season and 29 and I've learnt many times to never write off the guns in supercoach. Yes durability is a concern but I'd be happy to jump off at his bye

Thank you Kev, that's right not even that old yet and hopefully he can be a keeper rather than a stepping stone

Thanks Jack, I like that set up and yes swallow should be priced very cheaply

Great work Liam.
Yeah tough call here. If Gibbs was gone he might be more tempting.
Super awkward price will make him a massive POD.
My plums are too precious to risk on this brand of mid price mayhem.

Good choice for an article Liam. I think calling him a "yes" is a bit premature – has to perform first for me. Possible rd3 mid corrective trade.

Thanks Gaveday, I think a few might do the same as you

Good stuff, Liam. He's one I'm definitely considering at this early stage, though my worry is he may become the sidekick to Cripps and Gibbs upon return, rather than being the potential leader out there. If he peaks at an average of 90 odd then that puts you in a very awkward position with him. I'm eager to see how he fits in during the pre-season games before I completely make a ruling either way on him.

Thanks Barron, as I mentioned hopefully with Cripps as well as Gibbs out there Murphy gets the midfield support he needs to perform consistently well. How the points are shared remains to be seen so I see the point you make

its a very hard choice fml the price is tempting

Carlton have a soft early draw. I am considering starting with Murphy and switching to a Port or Gold Coast premium after their early bye. Really only Gray or Gablett which limits the appeal a little. But if Gray is a DPP forward, I might look to upgrade Murphy to Gray.

How Much? Geez Liam if he starts over 350k he'll be the least owned player in SC. Actually may not be such a bad buy at $350k he obviously has the skills and proven scoring ability. The big plus is that he doesn't face Dangerfield until round 19 and Danger is the one who continually breaks Murphy everytime that he plays with him

Hopefully he doesn't go near Hodgey as well!

Meanie of Me
Guest