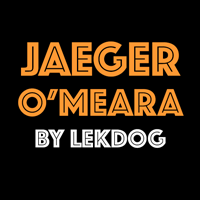 The Jaeger Bomb – will it be a party all year or are we in for an early hangover?

One of the most intriguing trades of the offseason saw Jaeger O’Meara finally find his way to the Hawks.

The trade was always going to happen, and then almost didn’t, and then finally did, and was then investigated by the AFL before being cleared by the AFL despite the AFL ruling against their own rules…still following me?

Look let’s just forget about how Jaeger got to the Hawks and focus on what he’s going to do when he gets there. SPOILER ALERT I think it could be something special depending on his body.

The move to Hawthorn will hopefully be a blessing for the struggling side, as a club who hasn’t played in a Grand Final for over one year, Hawks fans everywhere will be looking to Jaeger as the great white hope to take them back to the premiership promised land.

Let’s be clear, I’m only interested in Jaeger as a fantasy prospect because he’s really young (only 22), really cheap (only  now confirmed $318,900) and because if anyone can get this kid on the park it’s the Hawthorn medical staff.

The risk factor with Jaeger is pretty obvious…homesickness. Now if the pull of the Gold Coast becomes too much and he starts to miss the schoolies birds, the perfect weather and a kebab on the beach then his form might just be negatively impacted.

Now whilst this is a risk I’m also a little concerned about this guys legs, he hasn’t played a game of AFL football in two years. TWO YEARS. 2014 was the last time this kid played; Tony Abbott was running the joint two years ago, people were tipping ice water over themselves for ALS, hell I’m pretty sure I didn’t even have a beer gut all the way back then. The point is it has been a bloody long time between drinks for the kid and the odds of his knees staying healthy through 2017 are about the same as Higgo finally getting a root!

If Jaeger makes it through the preseason with two legs then I think you’ll be selecting him as a high scoring rookie with a (very) slim chance of staying on your bench for most of the year. I think this is a similar pick to Tom Liberatore in 2016, Libba was more expensive but he’d at least shown us he can string a game or two together.

Jaeger averaged 90.1 in 2013 and 97.7 in 2914 playing all 22 games in both seasons. If he can get within a bulls roar of repeating those efforts he will be a massive win for fantasy coaches everywhere. If he can get anywhere close to his scoring capacity of 2014, a year in which he tonned up 9 times including a score of 143) we’ll be laughing.

At worst Jaeger will cost you a trade to downgrade/upgrade coming out of the Round 9 Gold Coast bye (maybe we can turn him into a Gablett?), at best he could be pumping out consistent scores of 80+ in your midfield.

At the starting price of ($318,900) I think the risk of picking Jaeger in your starting side is minimal. He’s had a high scoring past and sure he hasn’t played at the AFL level in two years but neither have any of the other rookies you’ll be picking.

I’ll be selecting him as long as I see him play during the preseason. If he has any issues or doesn’t play in two of the three preseason games then I’m not interested.

JOM? That says it all.

Hows the legs son?
Let us all know before we even think about selecting you!
2 years out of the game. Huge question mark.
Gotta have a full pre season before even casting an eye in his direction.
Think I would rather start the bull Tim Taranto who will be around the same price, has played AFL (only knows one way and loves a cuddle) and will line up Rd 1 in the Centre square next to god himself.

Master and the apprentice. JOM out Tim the bull in.

Well let me point out that after basically missing two years of games Wells played 18 this year and averaged 100.6 points.

Also it probably depends on who picks Tim the bull although I do like the kid. Good chance of having both these guys in my side.

Superb arrangement of words as always Lek. I reckon I'm a bit more bullish on his Trigger than you are – as long has he hits the park in round 1 I'm pretty sure he'll be a starter in JR Brumby FC. Just too much upside in the kid you know?

Great read Lek nice to hear from you again. The relevant Jaeger move will probably be when we trade him out. I'm prepared to run the risk of his knees as I think they're in better knick than Smurphs shoulders and I like to have at least one sub 300k comeback mid with proven scoring ability

I agree mate, I'll take a punt on a $200K player especiallygiven his scoring past. I like Smurph but like you I'm really worried about that shoulder.

A good preseason & NAB games & he's a absolutely worth the punt. 50 points per game of value if he's fit. Big if but. As Trigger has pointed out Tim Taranto could be a good option & so could Will Brodie & Jack Scimshaw depending where they end up. Truck load of quality midfielders being delivered in this draft. If JOM isn't right to go it's not the end of the world. Nice work Lek. Apologies for Shitcanning Docherty last preaseason as a selection, I was mighty wrong about that one.

Haha all good Pieman, keep up the good commenting work

The reward outweighs the risk with JOM, would love to see the kid back on the park. Only needs to get through the preseason and he's locked in to a lot of sides. Good to have you back on board, Lek

Yep. Pretty cut & dry on this end as well Kev. If he ticks every box and hits the park round 1 he's in my team at this stage.

Dear Alexie,
Did Jock hack this article? If I ever do manage to successfully land my metaphorical martian probe on Venus, I will not be revealing the significance of the occasion to the community. It will be one silent small step for this man, and one giant leap in a forecasted upcoming sacred relationship.
In regard to JOM – with a solid preseason he could be the most heavily selected player that fantasy formats have ever seen at that price. I am hoping that he receives a more restrictive price, perhaps something around $350K, for the overall good of the game in 2017.
Kind regards,
Peter J Higginbotham

Higgo – I assure you I did nothing of the sort mate. And Higg, when you plunge that probe into mars for the first time I'll be letting every human being in this wide brown land of ours know all about it.

Well he was about $310K this year so he'll be cheaper than that. I reckon if they slap a $250K pricetag on him there will be some debate

Could be the first ever player to clock 99% ownership. Leeeeeeock.

Bang on Lek.
Yeah anything under $250k and he's in.
Also think there will be a shift in SC relevance for Hawks mids in general.
Shiels to breakout I'm predicting.