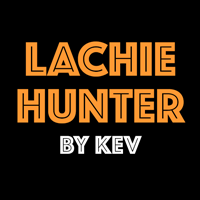 Does the Hunter become the hunted?

You know what really grinds my gears?

I bloody hate it when someone says they have a “second team”. What the h-e-double hockey sticks does that mean? What happens when your two teams play against each other? Do you split your loyalties? Hope for a draw? I’m not buying it! Stick with your bloody team.

And that’s what really grinds my gears.

My rant has a point community. The finals series of 2016 bought about some great things. Hawks out in straight sets, GWS announcing themselves as a powerhouse for years to come, and some serious bloody man-love for the way the dogs go about their footy. In short, they became my second team.

It’s not on record, but I’m pretty sure I confessed my love for Liam Picken and gave him naming rights over my second born (Jack Riewoldt has naming rights for the first). Maybe there will be a review on Billy down the track. Today I want to focus on his teammate, Lachie Hunter. 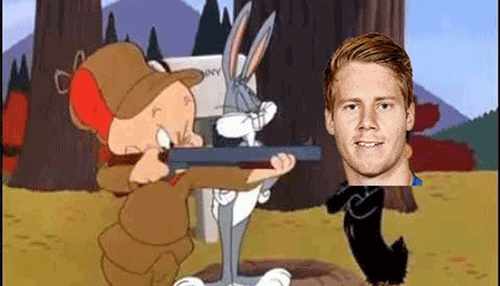 Like most of the guys we’re looking at to make the step up in 2017, I’d consider Hunter a lot more if he snagged DPP. At his best his season average was a tick over 100 between rounds 6-15 which is simply not enough for those precious premium midfield spots. There are no injury concerns and with a strong Western Bulldogs lineup around him he’ll be involved in more winning matches.

You’d be picking Hunter with the hope that he can show the kind of form that he started the year with. Probably too expensive as a stepping stone player at around 510k. As mentioned in the risk factor section though I think coaches should really consider him if he gets DPP, he knows how to find the footy and has had a few monster scores. Having a FWD eligible player that can rack up 25+ touches consistently in this caper is golden.

I’m a card-carrying member of the guns ’n’ rookies strategy community, if he’s MID only it’s highly unlikely I’ll be scrolling down the midfield list far enough to see his name. If he gets DPP then I will consider.

If I'm not mistaken Kev, your article cherry has been popped. Bang up job my friend. As a mid only there's too many in front, Danger, Pendles, Hanners, JPK, Selwood, Sloane, Parker, Bont, Rocky, Cripps, Neale, Fyfe, Treloar, Beams, Priddis & others. How do we fit all those bastards in! Mid/Fwd DPP well that's a different story. But 8 sausages during the season makes me doubt that will be on offer. Keep em coming Kev

Cheers INP. Yep, up on the big boys table now! Absolutely agree, as a MID only there's just too many others ahead of him. Maybe an option for those going with a midprice madness strategy.

Started with him in AFL Fantasy this year was an absolute gun never let me down but his sc numbers suck. will not be starting with him next year

That's very interesting isn't it Nateo. BIG arse difference in his SC (94) v DT (103) averages. Looking through his stats, he had a reasonable (although not great) kick to handball ratio, nice contested posession count.. maybe it's his tackle rate that's letting him down. Only 2 and a half a game is stuff all these days.

Clanger count would probably make a big difference. Capable of some awful turnovers.

Taking a look at his season heat map in the AFL app you'll see he was very active in the back half, with 63% of touches behind the centre line. I'm hoping he gains DPP but not the FWD variety. 😉

As a def/mid I'd probably take him. Had no idea where to get the heat map stats, cheers for the heads up Sabsy!

Thanks for this Sabsy! Looks as if I'll have to get me that app – would be a whole new kettle of fish if he snags some DEF dpp

Heat map uploaded, link (if you'll let me post it) is: https://drive.google.com/file/d/0B8O2STfIU9MCTWVn…

I have to say, that's a GLORIOUS amount of red and yellow focused on the hindquarters of the field. Oh, if you're a Telstra mobile customer then you get free access to the heat maps & premium content in the AFL app. It's gold. 🙂

DPP mid back and he would have my attention. But could we be overloaded with DPP dogs? I wonder how the SC gods are going to interpret their rotations.
*spoiler alert – I've covered one possibility in an upcoming article.

If Hunter is a DEF/MID then that is very appealing (MID only no chance), I think it's a real possibility to see many DPP's… no team rotated more players through the midfield than the Bulldogs I'm pretty sure

There's some food for thought. Anyone know what kind of minutes he spent across half back last season?

I've penned an article on Jackson Macrea for that very reason. He's likely fwd/mid. And really so many more dogs could get the nod. Tom Boyd could be the first ever triple DPP – he payed fwd/back/ruck. Though the latter I think they'll drop. But he must surely get fwd/back

Good job Kev. It always helps when you can scrub a few names off the whiteboard before NAB starts, thanks.