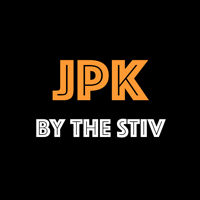 A majestic beast boasting unparalleled shoulder girth – Josh P. Kennedy is Supercoach Royalty. Regarded amongst his peers as the most powerful inside midfielder currently gracing our competition, J.P.K can often be forgotten amongst the machine that is the Sydney Swans midfield.

Kennedy may not have the outside panache of Hannebery, the youthful fervour of Mitchell, or the high flying prowess of Parker but what he does have is simple: the ability to win the ball, and he does this better than anyone else in the competition. Let’s take a closer look at his statistics.

Kennedy’s past averages and durability are approaching Legendary status and he has continued to rank amongst the best players in key areas. In 2016 he was ranked #3 in the comp for disposals, #2 for handballs, and #1 for contested possessions with a whopping 17 per game. He was also ranked #10 for inside 50’s and #6 for average Supercoach points. They are some serious numbers.

With credentials like his you’d expect J.P.K to be selected in a high number of teams. It might surprise you to learn that Josh was selected in only 4.2% of starting teams and despite uber-premium output he only finished in 8.2% of teams. Is this how you show respect to royalty? Answer me dammit! It’s a slap in the face at best and damn right ungrateful.

With the departure of Mitchell there will be more points up for grabs, particularly for inside mids. It’s speculated that Heeney will be taking that role but he is much too valuable as a marking forward to be utilised as a permanent mid. Mills will get some midfield time too but expect Kennedy to do the brunt of the heavy lifting.

Kennedy is unlikely to receive more attention because his brute strength makes him untaggable. Opposition teams generally look to curb Hannebery’s outside run and carry.

J.P.K will be turning 29 in 2017 and he plays a tough and taxing style of game. There is always the risk that this will catch up with his body.

Kennedy’s consistency means his price does not fluctuate to a great degree compared to someone like Luke Parker. This makes him a safe bet to select in your initial squad.

Any coach selecting J.P.K would be doing so as a “set and forget” option that will pump out consistent scores through to the completion of the Supercoach season.

In Supercoach we need a combination of stability and calculated risks. If you’re going in with a team full of “potential” guns don’t be surprised if more than a few turn out to be turds. You need a few spare pairs of undies. You need J.P.K.

Great stuff Stiv! Blown on my arse by the quality of these write ups hitting the site I'm that proud. I haven't ever started with JPK. And I reckon I might be the same this year. The trouble is that at that price he's competing with your Dangers, your Pendles, your Hanneberrys your Fyfes for a starting spot. But stuff me – reliable as buggery as you say and in a way a nice POD starter. Loved the article mate

Think I'm with Jock on this one. So many majestic premium midfielders available you can only slot a few in to start with. Definitely not ruling him out but I've probably got a few in front of him. Great job Stiv

Cheers Pieman. Even after reading his stats he doesn't quite excite as much as some of the other premo's does he?

Love this write up Stiv, you can just put him in your side and forget about him because he's just that bloody consistent. If you want a bloke who is gonna play 21+ games all year long he's your man

Exactly. You get what you pay for. If you've made some risky selections you can balance it out with someone like JPK. Just keeps getting it done.

I love the article but he's a no for me. Doesn't fit my age requirements and I smell an injury.

Great read, Stiv. Can't really make a solid case against the bloke. At a pinch you could argue he's slightly overpriced as he spent a lot of time last year between 550-590k.

The Stiv
Guest
Reply to  Kev

Some fine points you make there Kev. There is some mighty tough competition in the $600+ bracket.

If you start or upgrade JPK he always finishes in top 10 mids.Locked him in the last 4 years and will continue to do so.

You're right Richard. I've always felt I could lay off him early and pick him off at some point throughout the season when he's dipped in price.. but looking at each of past handful of seasons he's been a 'win' selection for everyone that took him from day dot

JPK is the slow kid of the Premo SC Midfield club

Great analysis Stiv.
Yeah have started him a couple of times when his price was a bit lower, havent regretted it.
Can only fit in so many Lamborghinis from the drop and I cant see JPK getting nod over Danger, Fyfe and Pendles.
That said, a stacked midfield worked well for many last year.
Generally starts like a house on fire so an early correction is off the cards.
Confident he'll be top 10 again by year end so need to find room for him at some stage.

Kennedy epitomises consistency and durability therefore locked in for my 2017 team. Will join Selwood, Pendlebury, Dangerfield, Fyfe, as the 5 uber premiums in the midfield. Thinking of starting with 6 or 7 premo mids but unsure who to join the aforementioned five due to the surplus of premium mids such as Bontempelli, Hannebery, Steven, Sloane, Ablett, Rockliff, Cripps, Shuey, Parker, and so on. Also whilst on Sydney I'm hoping to see Nic Newman play in 2017 as he's been superb in the NEAFL and should be priced between 100,000 and 120,000 as well as S Reid and A Johnson returning from injury and rookie priced between 100,000-200,000.

Kennedy is consistent, but comes across as a bit of a slow starter to me. Will be an upgrade target.

Hiii! i read your article..The website is very good and full of information, thank you for giving a new experience.
Bank PO and SSC Coaching in Ranchi

Smart working i find here now i also want to go through this way of posting,,