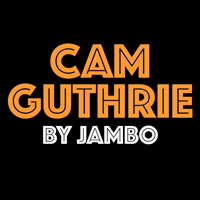 Consistent point scorer – will he break into the elite in 2017?

At the departure of the Great Gary Jnr, the Cats anointed Cam Guthrie with the famed No. 29 jumper. Ever since, he has moved onto our fantasy radar in recent years. Geelong players and staff would be delighted how young Cam has performed thus far.

He started out in defence then added a part-time tagger to his resume. He transitioned into the midfield in 2015 and jumped onto the cusp of a fantasy premium. However, his average dropped back to his 2014 average with the recruitment of Paddy Dangerfield. With the retirement of gun, Jimmy Bartel and the departure of Josh Caddy, there’s a real chance of seeing Cam Guthrie playing on the wing next year.

Geelong coaches remain tight-lipped about Cam Guthrie’s role for next year. During the last six games of 2016 season, he averaged 86.3, not great for Supercoach.

In Classic Supercoach circles, anyone will make a great gamble should they pick young Cam, especially if he remains a MID only.

There is a chance that Chris Scott might leave young Cam in the backline and anoint him as ‘Boris’ Enright’s successor. If he’s MID only, then you might end up pulling your hair out and screaming at the TV for Guthrie to do something. He does have one or two games whereupon he seemingly ‘disappears’ like Wally in ‘Where’s Wally’.

In Supercoach Classic, if he’s a defence/midfield DPP (confirmed now MID only), then he would be a no-brainer to pick in defence. If not, then as a point-of-difference.

In Supercoach Elite, he’s one of those players that could drop in the pecking order and prove handy. In CoachKings, Cam Guthrie is a lock.

If Mid only, probably only consider as a POD. If Def/Mid DPP, then lockity-lock. He is only 24 and in a rebuilding Geelong outfit, he may breakout as an elite premium.

IF NOT DPP, NO

Great write up! He ticks a lot of boxes, but only if DPP.
Geelong is a team I see with the potential to have a player or 2 push up to premiuim level. Main reason is who they have lost. Bartel, Enright & Caddy all averaged 90+ last year, so there's loads of points on offer. Scott Selwood is there for tagging duties now too, which should free up Guthrie.
Interested to hear from Geelong fans as to what role he had at the end of 2015 and the likelihood of him retaining this role in 2017, especially with the players who have left?

Bang on, Jambo. Plenty of opportunity at the cats this year, someone will need to step up. Will need to get a look at his role before committing but a def dpp running through the middle is gold

Like it Jambo. With DPP he becomes an option. Usually we are tearing our hair out trying to find some defenders. But no more. The emergence of doch the lock, JJ, Zac Williams pittard & we are spoilt for choice down back. As Kev said DPP & running through the guts would be mighty tempting

Thanks Pieman. Quality, reliable defenders are as scarce as honest politicians.
I think the first two defenders picked in most SC teams next year will be Kade Simpson and Doch the lock. With the massive turnovers throughout many teams, it'll spice things up a little.

Throw Laird in as well.

Definitely gotta have Lairdy in there!

Great stuff Jambo Turns the pill over too much and poor decision maker .too many good def to even consider with dpp.400 PLUS makes it too me Bartel filled that role to perfection last year but this guy is too much like Yeo NO

Love this, Jambo. One from far left-field and one that's absolutely piqued my interest

Thanks, Patch! Let us hope he gets DPP aye.

I'm with Patch. You've absolutely got this old bastards ears to prick up. Had not been on my radar until you sent this one in Jambo. I reckon he'll be on a preseason watch list for me which I assess his role – have to say he's an unlikely starter in the squad, but looking forward to having a good hard look at him over the preseason. Sensational write up Jam Man.

It's the sub 80 games that are concerning. No for me.

This bloke must step up in 2017 otherwise he will be shown the door.Mitch Duncan is the other mid that's got to pull his finger out.Cat's can't rely on Danger & Selwood to get the job done.Cat's were really found out in the prelim in the midfield.

Looks like we may be getting quite a few of these guys with DDP who are right on the edge of being slightly too expensive to take a punt on. It's going to make for some selection headaches for sure!

Yes that's a corker of a point Baz. Such a tough price point on him and a lot of other blokes are in the same ball park. Could be best to leave them all alone and dare I bloody say it once again – G&R it up

I'm in agreement with Niel Demonsdelight Plus touhy and Henderson will probably slot into cats back line so he'll have limited opportunity there. Surprised that the cats didn't try to trade him

A chance if he gets DPP but too inconsistent for mine.

Projected to be at sub 500k post bye. Averaged 115+ across the 2 seasons prior to this one. One of the more durable players in the competition. A cheap M8 - Is he on your radar? #SuperCoach

Option A)
OUT: Martin, Stephens, Steele
IN: Petracca, Dawson, Clark

Option B is riskier as it’s entirely dependent on Smith gaining FWD eligibility in R12.

I’m keen on him this week as an upgrade option and still at a decent price. Thoughts?
#SuperCoach