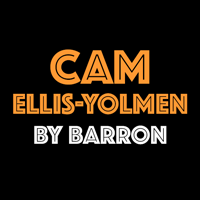 “I said, Yolmen” – The Village People

You all know the song YMCA was about Cam Ellis-Yolmen, right? Just go back and look at the some of the lyrics and it will all make sense.

We’re entering a new season, CEY’s 6th with the Adelaide Crows, in which time he has played a grand total of 14 games. He has become a player who is well and truly sitting at the bar in the last chance saloon while the bartender is about ready to ring the bell for last call.

So what has changed in Adelaide that’d make us consider him?

Well, first up it’s the apparent “demotion” of one Scott Thompson, who has been given a contract for 2017, but one that was supposedly given with the understanding that Thompson would no longer be an automatic best 22 selection and would only be used as an injury backup, as well as Jarryd Lyons being moved to the Gold Coast for a packet of skittles. The midfield is Adelaide’s weakest area of the ground, one they failed to improve through the trade period and we’ve seen over the last two years, when Scott Thompson is out, Cam Ellis-Yolmen is usually the man who gets to step into that role in the middle.

We know 100% that CEY has what it takes at the state league level, he was one of the top players at that level in 2016 and has had a huge amount of success in Supercoach at that level.

The big question will be does he have what it takes to make the leap to AFL? Phil Walsh backed in CEY during his brief time as the Crows head coach, playing CEY for every game he was available while Walsh was coaching (He missed round 6 and 7 with a hamstring injury). Walsh backed in Cam and in that time we saw him have a non-sub affected average of 87 SC Points, so it does appear, albeit on a limit sample size, that CEY can have an impact. CEY will add a missing dimension from the Crows midfield however, that of a big bodied midfielder, who isn’t slow as an iceberg and one who can also move forward when needed and kick a goal.

Well, it should be obvious. Risk 1 is the Crows continue to play Scott Thompson ahead of CEY while CEY continues to play well in the SANFL, risk 2 is CEY plays good, but not great football and doesn’t score high enough to justify his pricetag.

He is one that will definitely need to be watched during the pre-season and a keen eye placed on how the Crows structure up their midfield. Plenty of names have been thrown around on who will be added, Harrison Wigg, Charlie Cameron, Wayne Milera, so CEY will have some competition for his spot in the 22 next year.

Depending on his price next year, he’d be likely be used as both a mid-price selection in the midfield as well as a POD selection too (note from Jock: confirmed a very cheap $304,700). From his heatmaps for his 2 AFL games this year, he played 66% of his time in the forward half of the ground, so there is a good chance he’ll be given MID/FWD eligibility, being selected as a forward would likely make him a bit more appealing than if he was just a midfield only option.

I love Cam Ellis-Yolmen, I think he has massive amounts of potential that the Crows have failed to capitalize on. I’m also well aware that my bias towards him can cloud my judgement on him for fantasy football purposes. So while I think and hope CEY could have a big year in Supercoach I’m also realistic enough to say that his most likely potential is for him to play 12-16 games this year with an average in the 80’s. For that reason, my verdict on Cameron Ellis-Yolmen for 2017 is

Community, what’s your call on Cam Ellis-Yolmen for 2017?

You know him. I love him. We all bloody love him. Get around him on Twitter: @BarronVonCrow

Great conclusion bvc. The potential is there but that price range is a bit much for me to take a gamble on him. If he shows early season form and js is locked in I'll reconsider

Definitely, Kev. If he was down at the 250K mark I'd seriously consider it, but if he's at that price it's just a short hop to getting a premo in instead.

I don't recall the words "job security" in any village people songs. Would take a hell of a set of spuds to pick CEY. He could play a couple then disappear forever. Firm NO for me. Thanks for the write up BVC

That was my biggest worry Pieman. I don't think they'll show the patience with CEY that they did with the underperforming senior blokes like Douglas, Thommo and Mackay.

I said Yoleman, cause Jarryd Lyons is gone.
Another great write up Barron, you're a bloody ripper.
Just wanted your thoughts on why Jarryd Lyons time on ground this season was low. Has he a limited tank or was it more a team strategy?
I have seen a stat where it appears Jarryd Lyons TOG points was equal to the Bont this season.
Lyons : 18 games for 1624 SC points at 70.5 TOG% = 128.0 SC at 100% TOG.
Bontempelli : 22 games for 2370 SC points at 84.0 TOG% = 128.3 SC at 100% TOG.
Keen to hear an opinion on Lyons from a Adelaide supporter to see if he could lift his time on ground stats with GC.

Doubtful for me with CEY. Another one to monitor through the pre season.

His tank isn't the greatest, even after 6 years of being in the system, but outside of Thompson and Sloane the Crows tend to heavily rotate those inside guys as well.

Lyons bonus (and why he should have MID/FWD eligibility) is he can be rested forward. I would guess and say that ToG will go up for Lyons because they'll likely have more than a few kids in the midfield and although he's only played 50 odd games, he's now a "senior" player at that club.

Great stuff BVC, he does have all the potential but just like you I won't be selecting him either due to that tricky price range

Think the majority will be going that way, Nick.

I think the discounts only apply if you miss games through injury, Anthony. He played all year in the SANFL, so he was available, just not selected.

It's the advantage and disadvantage of them pricing players off of small AFL sample sizes. We got Kerridge dirt cheap this year because he played 1 AFL game, got injured in the 1st quarter and they priced him off of the 8 points he scored. It's gone the other way with CEY unfortunately.

Do you have any examples where players missed games due only to being outside best 22, and did not receive discount? I don't know of any off the top of my head since its pretty rare. But my thought is that I do expect the big discount, which will make him much more considerable as a money making points scorer…

I'll work in some GnR for ya next time, TH!

no way will he get a sniff near my team

Not sure why you would pick CEY for a write up.Surely the Crouch bros would have been a better discussion point,comparing one against the other.IMO the only mid worth considering from ADE is R.Sloane

The Stiv
Guest
Reply to  richard

Definitely worth a write up. Can't see many picking him so if everything went his way next year he would be a tasty POD. Too much risk for me though. I won't be touching him.

Plenty of reviews to come, Richard

Each to their own Richard but personally these are the reviews that I like most- the left field selections……Also, don't think either Crouch is relevant as they will be MID only and don't have the value anymore.

Barron what's your opinion on A Otten and C Hampton. Both were affected by injuries in 2016 and should be rookie priced between 120,000 and 220,000. I think they are both capable of averaging between 60-80 but it looks like job security will be an issue.

Reckon Otten is done as an AFL player. In the event of someone like Talia going down I reckon they'd be more prone to reconfiguring the backline with Hartigan, Lever and Cheney still there.

Hampton is a big ? at this stage. They've talked about wanting more speed in the middle, which Hampton has, but he's so damned injury prone that it's risky picking him. Even if he does have a big pre-season and gets in the 22 then there's no guarantee he'd even last the whole season. He could be a cheaper DEF option if he gets a discount though considering he missed almost 3/4 of the year with a broken foot.

Pretty spot on review. A hell of a lot needs to go right for the kid to vindicate a selection. He would make for a tasty POD. So much risk though. Could turn out to be an almighty POD turd.

BarronVonCrow
Editor
Reply to  The Stiv

Bonza Barron!
Reckon CEY must have been playing hide the cransky with Mrs Pyke cos he's done everything possible to get a gig.
Will see what happens with Scotty T.
Might be a correction if he plays early.