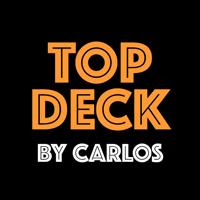 The role of the running half back has come back in vogue in the AFL. Heath Shaw has set the bench mark for this position in the past couple of years but there is a young apprentice beginning to emerge.

Jason Johannisen proved he can be one of the most damaging players in the competition with his performance for the Western Bulldogs during the finals series, including a BOG outing on Grand Final day.

His leg speed makes him a pivotal weapon in setting up forward thrusts for the Dogs, who look to get the ball in his hands as much possible. Johannisen is an attacking player who loves to push forward and kick a long goal from outside 50. His kick-to-handball ratio is outstanding and he loves distributing the pill by foot. All these attributes make him a tantalising option as a SuperCoach defender.

Despite an extended injury lay off, he enjoyed a break out season in 2016. Let’s have a look at his numbers:

“Top Deck” Johannisen started 2016 in a blaze of glory with scores of 130 and 123 in the first two matches before seriously injuring his hamstring in Round 4. His form was a little sluggish on his return in Round 16 and he took a few rounds to find his feet again. He then pumped out three tons in the final five rounds of the season leading into finals.

The 23-year-old was one of his side’s most prolific performers during the Bulldogs’ fairytale finals run. He delivered SuperCoach scores of 100 in the elimination final against the Eagles, 69 in the semi final against the Hawks, 102 in the prelim win over GWS and 92 in the Grand Final against the Swans. This equates to a steady finals average of 90.75.

The speedy South African’s meteoric rise last season will surely see him cop more opposition attention in 2017. He epitomises the way the Bulldogs play with his dash and ability to break lines and take the game on. Opposition clubs may now see him as one of the prime targets to shutdown if they want to stifle the Dogs’ game plan.

Durability is another risk with Johannisen. He’s one of the most fleet-footed players in the competition and with the way he runs, those hamstrings are always going to be put to the test. We all know he did a serious hammy injury while kicking a beautiful running goal from outside 50 in Round 4.

Due to his injury last year and the sluggish start upon his return, Johannisen should be reasonably priced this year at around (note from Jock has now been fully priced at $513,500). That’s reason in itself to have a look at him. Any defender priced under $500K with the potential to average over 100 needs to be seriously considered.

With a full pre season behind him and a renewed confidence in his own ability after a huge 2016, expect Jason to hit the ground running in 2017 and improve his overall average.

If he can stay injury free, I believe Johannisen has all the attributes to seriously challenge Sam Docherty as the number one defender in SuperCoach next season. The Dogs love getting the ball in his hands and his kick-to-handball ratio is exceptional.

STRONGLY CONSIDER – should be a top six defender in 2017

What are your thoughts on Jason Johannisen?

He’s a great man – get around him on twitter: @carlpfeiffer9

Great stuff Carlos! JJ should surely be considered for next, looks lethal off half back

He just needs to get through the preseason and he's in my side. Exactly the type of defender I love. Cheers for the write up

I'll consider but it's more unlikely than likely for me. Here's why:
1. He will be extremely popular after winning Norm Smith, which means he's a POD if you DONT select him him.
2. Bulldogs draw is much harder this year, and he strikes me as a type of player that would dominate against lesser teams.
3. He's not cheap, I reckon around 500k. Laird will be similarly priced, but a better option in my opinion.
4. What's his ceiling? 92 is a pretty ordinary score for BOG.
5. Disposal not great. Which probably explains my 4th point.

G'day Jack, some good points mate. He's not in the upper echelon of defenders yet, but the signs are there. Some things to consider

Great read this Carlos, he should at the very least be a top 10 defender in 2017 if those legs stay healthy, on my watchlist for sure

Thanks Carlos JJ is a lock. far better option than any defender except maybe docherty. He'll be in all top 1,000 teams by round 15 so we may as well start with him

Great article Carlos. Seriously relevant SC option. If he has a healthy preseason I think not a case of picking him but more so what if you don't. If it wasn't for that hamstring injury he was heading towards killing non owners. I vividly remember when he kicked that monster goal from outside 50 & the despair of not picking him to moments later geez I dodged a huge bullet there. Probably best not to take that chance again

Cracking read Carlos bloody good stuff son. If he stays on the park it's hard to see him finishing outside of the top 8-10 defenders of the season. Your point about attention from the opposition is the key I reckon. They'll be putting work into him big time. However- hes on my shortlist, a lot will depend on my starting structure

Great write up.
Looks to be a SC gun for many years to come. I am concerned about those hamstrings though. Hammy injuries tend to recur with explosive types such as JJ, Yarran, Rioli, etc.
Will strongly consider.

Onya Carlos, great write up.
JJ will be starter if he's running around preseason looking fit.
Had an awesome start and end to '16, if it wasn't for his average scores after his injury mid season he would of been a top 6 defender. Love his kick to handball ratio and kicking efficiency is pretty good, another preason this will improve.

I'll definitely back him in as a starting pick at 480K.

Nice article, he's probably in at that price for sure. If he gets through pre season of course…………..

Great stuff Carlos, if he's under 500k he should be locked in every team. I'm not worried about extra attention from the opposition Bob and Co. have the smarts and skills to ensure that JJ is regularly set free.
Niels proposal of a 6-gun starting defense makes a lot of sense to me.

Good work Carlos.
Yeah it's a consider strongly for me with price being the key.
Agree that defence might be the place to load up next year.
Looking like many fwds will lose dpp so it's either roll dice on a few kpfs or give the fwd line a rookie focus.

Btw some great responses and discussion in here. Very considered of the efforts put in by authors and value-adding to Carlos' preview.

JJ will be $510k, not $480k. Still a definite starting contender for mine if he puts in a solid pre-season and NAB.

First two in def in for me – Doc and JJ

Needs a full pre season but other than injury can't see him not making the cut.

Heath Shaw at his cheap price is a must have. Docherty is either an immediate starter or first upgrade target (due to his high price). Laird rock solid.

I think JJ's ownership percentage will be sky high to start with. That's my main issue. If 2017 is anything like this year there will be a lot of money to be made from backline rookies.