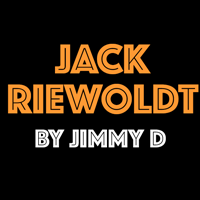 Proven goal kicking superstar. Is this the year of the key forward?

Jack Riewoldt started 2016 off like a bull at the gate. Then he hit a rough patch at three quarter time of the season.

He has been a relatively consistent scorer for many years, averaging 87.6 over his last 5 years. With a potential closer-to-goal role but still floating up the ground getting touches, I expect this year to be one of his best.

His last 8 matches of the season were pretty ordinary which deflated his price. He ended the 2016 the season with a laughable $369k price tag (seriously laughable). He should be a sweeter and less expensive addition to our forward lines come march community.

I expect Richmond to win more games this year which will only help Jack’s scoring capacity.

The key forward factor. Consistency is always a worry. Some would argue that his scoring ceiling is a risk. His highest season average of 92.3 was back in 2010 where he averaged 3.5 goals a game.

As we know, picking key forwards is risky business. But I see this year as the change of guard.

This year I see Jack doing similar things. His goal kicking numbers are set to improve, along with the number of times he gets his hands on the pill.

If you’re picking Jack in your starting side you’re likely in it for the long haul. Some might also consider offloading him after a good run of big scores given he’s shown his price can fluctuate quite a bit from week to week.

It’s a yes from me. I’m a loyal man with a reasonable set of spuds. I’ll be once again picking him in my Supercoach side for season 2017. Don’t be afraid to follow my lead. Yep. You’ll endure a few low scores. But I’m dead set big on him next year. Just strap yourselves in for the ride and there will plenty of boner inducing scores coming your way ladies and gentleman.

Who’s coming with me??

A NEW FORMAT PODCAST FOR THE OFF SEASON! CLICK HERE

Good man Jimmy D enjoyed the write up and admire the size of your plums. It's a firm no on my end

Cracking write up Jimmy. I love/hate Jack being a Tigers man. I was actually a bit surprised when I saw his durability, he has only missed one game since 2010. There's just too many lows in his rollercoaster scoring for me to consider. He just doesn't take the game by scruff on the neck like your Buddy's and JJK's

I took a punt on Tom J Lynch after the byes spat me out completely out of contention last year. For a KPF he gave me no reason not to give him another look this year. Should be around 500k

Great write up JD. The thing is, I disagree and think the Tigers will win less games. No for me. Tigers 14th on ladder in 2017

Sorry JD No tiger player will get a gig in my side next year..

Unless its for Bruyn manoeuvre I say its a no. Key forwards tend to be inconsistent with the exception of Buddy who gets up the ground and does everything.

Nice write up JD. Cant see enough value & im sure he'd do my head in & id have to trade him. Same as what Rich did to me this season

Thanks mate much appreciated

As much as I love jack and I see some method to your madness, he's too inconsistent. Only two key forwards I'm considering next year: Buddy and big Tom Lynch.

Thanks Jim but this is the wrong riewoldt. The ideal F7 if you can get him for less than 350k otherwise tie a bag of concrete to him and he'll make a reasonable anchor

Hi Jimmy I reckon you must be a tigers fan to be considering Jack for 2017 his best was 5-6 years ago. He had an ankle reco and a finger fused at seasons end. He's a bit of a sook who grabs the first excuse to put in a half effort so expect to see heaps of limping and finger grabbing over the first 10 rounds.
On the upside he seems to have recovered from the sulkiness he used to display when teammates got more media attention than him. Tigers may as well trade Jack for a signed photo of Nick and put Hampson at FF

No. closer to goal the more he'll struggle

Doesn't matter if he plays all 22 games each year. By the time SC finals roll around he should be on your bench anyway. Will cost $450k and is worth $450k.

Concrete has been rising in popularity because of law maintenance costs and wide variety of finishes available to the homeowner property manager and plaint maintenance manager. It is one of the most innovative and economical flouring options available today for residential, commercial and industrial flours. A Concrete Staining Houston provides a great service regarding this matter . It would be better for me if I found something about it in here, as I was searching it.