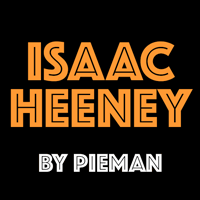 In my first series of articles for Jock I penned one called “The draft Theft of Isaac Heeney”.

It would be most unlike the AFL to afford ludicrous concessions to Sydney based clubs.

The GWS Giants 3rd grade NEAFL team now boasts a full team of first round draft picks. The ones they don’t want they toss to Carlton. Carlton’s ground will soon be sponsored by John West “for the fish the Giant’s reject”.

Whilst all of us are up in arms at the list the Giant’s have assembled, it’s worth noting the 2 best midfielders from the last 2 drafts have ended up on the Swans list. This is bloody lucky, because they don’t have enough gun Midfielders.

Callum Mills is a reasonable player. Played all his footy as a junior as a midfielder, Horse couldn’t find a spot for him there, so he threw him in the backline. And what do you know he won the rising star. If he gets moved to the midfield throw a few bucks on him to win the Brownlow.

The previous year & as the rules stated at the time you only needed to cough up your next pick to land your academy player. The bid came for Heeney by Melbourne at pick 2, The Swans next pick was about pick 18. The Swans got a bargain.

What interests me most about Heeney is his late season move to the Midfield. He averaged 94.25 during the finals playing more as a mid. The departure of Tom Mitchell also leaves a void that Heeney is ready made to step into. The Swans didn’t put up a fight to keep TMitch, they saw the retention of Heeney & Mills as far more important. And rightly so.

We know that it doesn’t matter how many Gun mids Sydney have. They all continue to score well. Is there room for another point pig? Absolutely.

Big week for Isaac Heeney & Matty Boyd. Will I consider them in Supercoach 2017? Have a read:https://t.co/TCrvf6Ncbb #AFLGF pic.twitter.com/991JVeKcFq

Only two that I can think of. Injury being the first. He does have a history of knee injuries,  but he wasn’t effected in 2016. The other is does he goes back to the Fwd line & play predominately Fwd. Have we been hoodwinked & Mills takes the Mid time.

There is no way you’d pick him as a Mid only. Who knows if he will have MID Status? Note from Jock – now confirmed as FWD only. It was only a late season move to the Mids.

But he will have FWD status, no doubt about that.  Regardless, there will be a changing of the guard in the FWD line. Dusty & Zerret will be MID only. Joey Montagna will be a DEF, & Lids doesn’t play enough to be fantasy relevant anymore. Did Zorko & Dahlhouse play enough in the FWD line to retain their status?  If they do lose that status then who do we have left?

Key position forwards…. Excuse me whilst I clean up the spew on my keyboard!

Like any business, it’s about turnover. If the FWD premiums we once had to rely on disappear then the next batch of guns need to be called upon.

There is no doubting the ability of Isaac Heeney, it’s all about the role. He will certainly be high on the radar during the NAB series. If it does look like he’s filling the void of Tom Mitchell then gee it will be hard to knock him back.

A NEW FORMAT PODCAST FOR THE OFF SEASON! CLICK HERE

He's a tough one to peg for sure. I suspect the reason the Swans weren't massively worried about overpaying to keep Mitchell was because they knew they had this skillful bastard waiting in the wings. He's almost got his 50 games under his belt, that's your apprenticeship done, son. Time to unleash you in the midfield.

Normally that'd be a yippee ki yay situation, but the Sydney midfield is batting deep with Parker, JPK and Hannebery already there, so that's still enough to make me hesitate, but if he's a FWD selection I think he's just too good to pass up in that line.

I think you've hit the nail on the head.
In saying that too, Mitchell still averaged very well last year with Sydney's midfield depth and arguably Heeney is, or will become, a better player. Definitely more potential imo.

Bugger it Pieman,
I knew someone would do Sir Isaac.
Was halfway through penning an article myself.

Nice write up but. SIMILIAR STORY.

gday Trigger! Good to see you penning away mate – flick me an email mate on jockreynolds8 on the gmail and I'll set you up with a player

I won't touch him to start with, with TMitch gone to the Hawks it will be interesting to see who does the gut work for Sydney and how it works, I see him dropping in price first and then I'll have a look, TMitch though, that's another story,,,

Great stuff Pieman. How's the off season treating you? Any tinder stories to share with the community?

Couldn't agree more on Heeney. Not interested if he's floating around up forward. Put him in the guts where we can see more of his majestic blonde locks.

If he's forward eligible, he's in my side. Of course I say that now.

Haha you're a ripper Steeeve "I say that now" – everything seems a hell of a lot clearer at this time of year before the team structure battle kicks in a few weeks out from the season. Having said that, the kid does seem a bloody solid option with FWD eligibility, given as the Pieman says we'll lost quite a few good FWD dpp options in 2017.

Great work pieman. You've hit the nail on the head, he's a watch, can't really commit to him for now. He's a gun though, reckon he'll become SC stalwart in years to come.

Who gets the run with role now that TMitch is gone? I reckon heeney will.
He's a gun and will pump out a few tons but I doubt he'll be a must have in fantasy

A run with role only indicates to me that he'll be in the guts. Very much doubt he'll be a lock down player, absolute waste if that's the case.

Good work Mr.Pieman, This blokes hands are also exceptional in tight situations and thats why he was introduced to the Midfield , if he gets the DPP , I'm in at approx 430k

Beautiful stuff Pieman. Getting very excited for this kid!