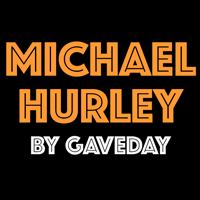 Despite the beard, a good looking option down back.

The Essendon peptide saga is finally over. As dull as it was for us all, it did deliver SuperCoach Gold last season and next year is no different, if not better. This time, rather than the cash cows, we welcome back the prime stud, all of which are due for a nice discount….. and they just might feel they have a point to prove too.

There’s no doubt Michael Hurley’s beard is a disgrace, but the boy can play and more importantly, have SuperCoach impact. The former pick 5 did stuff all up forward in his formative years, but once he was swung back, he stitched up key forwards and started to clock up the points. He should definitely be a bomber on your radar.

Weekends are for #AFLFinals, running from bulls, and sprouting from Michael Hurley’s beautiful face pic.twitter.com/51wNlzSDA4

In 2014 Hurley’s goal scoring output dropped dramatically as a direct result of playing 150 metres from the sticks, quite obviously he was now a key position back. The switch rejuvenated his career. His disposal count doubled. He took more marks and rebound 50’s were added to his threat. In season 2015 he was averaging 21.3 disposals with 6.9 marks per game and at an average of just under 95sc points per game.

His disposal efficiency was decent enough at 76%, but he did churn out 43 clangers while preferring uncontested possessions at a rate of about 2.5 to 1. This however was offset by 107 rebound 50’s with 17 inside 50’s to boot. And that my friends is where we hit the payload.

A year out of the game could mean he comes back lethargic and takes time to warm up, time that we as supercoaches don’t have. Taking into account his injury history raises our biggest concern. He hasn’t once played a full season! In 2015 he managed 19 games, further back it was 20 games in 2014 and more worryingly just 16 a piece in 2012/13. It also remains to be seen how John Worsfold will utilise him in 2017.

With his predicted starting price of (now confirmed at $464,200) he should be in your backline. From there the only way is up for someone of his scoring ability. Selecting him will save you coin for your round 1 side and those who choose him will be backing him to push on to be a top 6 defender come season’s end. If he’s a DPP, and it’s a stretch he regains it, then he becomes lock worthy.

The SuperCoach gods are throwing us a bone here community. Price is the key factor. He’s unders for mine and with big scoring potential he’s too good to pass up in your backline. I’m still hopeful he’ll regain his fwd/def eligibility – but either way, with or without DPP – he’s a YES for me.

THE PODCAST IS BACK TODAY! NEW FORMAT FOR THE OFF SEASON

Very good stuff. Not sure I'm as sold on Hurley, but I hope for the Bombers' sake he bounces back, bc an in-form Hurley is wonderful for us.

Loving your work Ben. A lot depends on his starting price doesn't it. At this stage he's an unlikely starter for me but I can absolutely see his as a 'possible' successful selection given he hits the ground running.

Agreed Jock! I've gotta play Supercoach with 100% head and 0% heart, so at the moment it's unlikely, but god it's gonna be great seeing that beard run out of the 50 for us.

The H's at the dons should all be considered if they get a discount. Hooker, Hurley, Heppel.

Great work in firing these up again lads.
Word on the street from VS is that there will be stuff all discount on these returning suspended players so 2015 avg will be the guide. At closer to $510k, Hurley will be a big no.
A cheaper Hibbo at the saints might be worth a look though.

Lost!! fantastic to see you in here mate. I'm lobbying with fierce gusto with the powers that be to ensure a discount is applied. Watch this space.

That's a no go for me then LL. No discount = no Bombers in my side.

Absolutely loved it Gavo. Very solid write up mate and thanks very much on behalf of the community. There is still a bit of a mystery surrounding how much these blokes will be discounted given their season layofff – I'm working hard on it – half a chance he could come in under $400K..

Agree with all you, if he doesn't get his discount he's a no. But I honestly can't see the logic in say giving Jackson Thurlow a bigger % discount than Hurley. Injury or suspension it's no different. They were both out for the season.

And thanks for the Kudos – pleasure to be involved.

great to have you involved!

Nice one Gaveday. If he gets discounted he will be considered, as well as the rest of the suspended lot. I just get the feeling those boys won't be discounted. Or everyone will have the same team. They weren't injured. Given they finished bottom they should also have a favourable draw. Certainly worth a thought

I'll be very disappointed if they don't give them the due discount. The more I think about it the more I feel that it's the right thing to do. It doesn't matter why they missed, it doesn't matter that they'd have high ownership, they are due the drop. We can't go bending the rules like Gill and his mates!

We have to take into consideration GAJ never got a discount despite being eligible for one playing 6 games. These returning suspended players I believe will not be discounted as they might think everyone will pick these players for cheap.

A lot of returning Bombers are tempting if a discount applied, but if no discount is applied, hard to know how a year out of the game will impact their scoring. Heppell a great example, was right up there for starting team in 2016 based on 2015, but a year out, will he still be up to it or start slowly?

To echo the advice above; Discount: will consider. No discount: not a chance. Picking defence always seems to be a prick of a thing to do, would definitely give him a long hard look at 410k and a solid preseason.

Cheers Kev, loving the fact there's some many people on board in OCTOBER! Together we can achieve greatness.

Rance will be my only key defender, thank you very much

It's hard to identify the highlight of Hurley's career. Was it when he stalked and bashed the elderly taxi driver in Richmond or was it when he was banned from organised sport for being a drug cheat?
He's never been fantasy relevant and a year off in a professional training program while being paid $400,000 isn't going to make him relevant in 2017