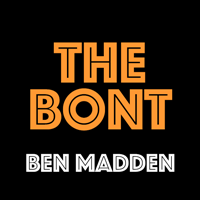 Premium mid – but can he take it to the next level?

Unless you’ve been living under a rock, you’ve heard about the Western Bulldogs ending their 62 year premiership drought this year. Bloody good stuff. And they couldn’t have done it without the man running their midfield, Marcus Bontempelli.

The question on everyone’s lips is this – will The Bont take it to the next level in 2017?

We’d all love to say yes, but Supercoach is won using logic and cold hard facts, not sentiment. Having said that, it’s hard not to see Bont being one of the first few names on your 2017 Supercoach Watchlist.

The worry with Marcus Bontempelli is not that he’ll deliver premium output. It’s not every day that you see a 20 year old carry his team for large amounts of the year. The risk with the Bont is that he will stagnate, and you’re paying for a premium that won’t stack up to the Dangerfields and Fyfes (if he makes it back) of this world.

Bontempelli averaged 116 from rounds 7-22. Over a season, that would have put him as the 4th best player of the 2016 season. Obviously, the question is whether he can produce that sort of form over a whole season. Here’s why I think he will.

The Bulldogs, and Bont, are only going to get tougher, meaner, older, and bigger. He’ll be receiving support from the other cogs in the midfield more and more, and the Bulldogs will have a point to prove next year, having won the premiership from an unprecedented 7th. He plays a wonderful Supercoach game, averaging just over 10 contested possessions a game, and always popping up for a goal or 2 when you least expect it (one of the golden rules of supercoach – goal kicking midfielders basically write a blank cheque for themselves).

Marcus Bontempelli surely a lock to win a Brownlow in the next 5 years. #SuttonMedal #starat20

Maybe next year is the year Marcus Bontempelli returns to Earth, having spent the 2016 playing like a man possessed. It could also be the year he wins a Brownlow. It’ll be a risk to start with Bontempelli, and he could very well prove to be a dud pick. But you might just find yourself kicking yourself if you don’t start him. I’ll be picking him, pending a horrible pre-season from the lad.

THE PODCAST IS BACK TODAY! NEW FORMAT FOR THE OFF SEASON

Will be starting with The Bont in 2017.. He bloody gun

Great stuff here Ben, I think he's the best young midfielder in the comp and with the doggies losing some crucial midfield depth in the off season such as Stevens, he should be a lock to average 110+

There's a definite change of the guard happening isn't there Billy! An interesting year for premium mid selection coming up.

I'm definitely considering it as well Nick. Heeney with Mitchell gone is so tasty. Young players are usually more durable, and i am looking to pick the most durable players i can in 2017.

Agree 100% Ben. Got myself into the top 100 last year but ended up 281 as injuries piled up at the end. Expect bont to ave at least 115 and heeney to take mitchells mid minutes

The Bont was a handy late-season. I'm highly considering starting with him. Love the article Ben!
After researching and writing my article on Cam Guthrie, I'm contemplating picking Guthrie next season. I emailed it to him last night. Hopefully, Jock will put it up on this website today.

Well a handy late-season pick-up. He is an impact player like a Chris Judd, in my opinion.

Bont started as mid-fwd for first 7 rounds or so, was elite once he played as an exclusive mid

Love ya work Ben. I'll be looking for ever reliable durable players. Sick of trading premos. The likes of Danger Selwood Pendles with young bucks Bont Cripps & Neale high in calculations. The question is can they all fit in. This draft is choc full of midfielders. Therefore we shouldn't be scraping the barrel for rookie mids in round 1. What we can cram into those 11 spots for round 1 remains to be seen.

I'm going to try and replicate my starting team last year (top 100 finish, so did something right!) as closely as I can. Bont and Cripps are so tasty. Don't fall into the neale trap with fyfe back though, may burn a few imo.

There's only one downside I can see to picking Bontempelli (and this will apply to Cripps too). Everyone and their mother will be starting with him next year.

Sometimes it's not about who you pick, but who you don't pick. Watch this space.

Bont potentially under 600k has made me the most aroused I've been this week.

I get tingles watching the great man emerge from packs like a gazelle. Will be front and centre in my team next year

Forgot to say cheers for the write up Ben!

Great work Ben! The Bont is definitely high on my radar, although there are so many around the same price

Thanks Ben, I started with him this year but I wont be starting him in 2017 unless a few others fall over during pre-season. I don't know the actual data but I have a feeling that premiership midfielders usually start the following year slowly from a SC perspective. I will trade him in during the byes.
You stated "Bontempelli averaged 116 from rounds 7-22. Over a season, that would have put him as the 4th best player of the 2016 season."
This is a bit of an apples V. Oranges comparison, his rank amongst all others from rounds 7-22 is probably more relevant. I'd like to know that rank if you have it, maybe post the top 30 from rounds 7-22

Very good point wombat, and i dont have those stats rn, but will endeavour to put them together this off-season. I included that to demonstrate the scoring power he has, and i feel the bulldogs as a whole started slowly.

I think Bontempelli will make or break a few seasons, including yours if he fires and you don't have him! Good luck my friend.

Lock him in, throw away the key.

And whack a pineapple on him for the brownlow.

Not a bad move there with the fiddy Davey. Likely to get the Fyfe treatment — everyone knows he's got one coming so once he starts the season like a shower of shit the umps will have him basically locked.

The Bont had a very limited preseason last year so was always going to start slow.

Had him locked him but now that everyone is going to choose him I won't be.
Those PODs are crucial in this game. I can always trade him in later if he is tearing it up.

Bont for sure in my opinion