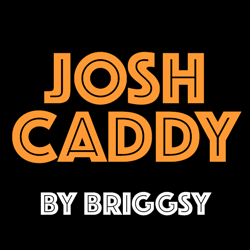 Every Caddy’s job is to find the right club.

At his third club will he be make it work? Will he show us all why he was initially taken as a top 10 selection in his draft year?

Josh Caddy was one the 38 players shifting clubs. And he is by far the one that interests me most in terms of his 2017 fantasy worth.

The talk all started when the self-proclaimed Maserati “Brett Deledio” came public with his intentions to join the men down the highway. J-Cad was a player of interest to the tigers in facilitating the deal.

We all now know Deledio is off to the AFL’s version of the WRFL’s Hammerheads, and Josh Caddy made his way to Punt Rd for pick 24 and a swap of later picks.

The word around the inner sanctum is Focus on Footy had a huge role to play in this. Josh Caddy is the player I have chosen to review because of how I think he will fare at his new club. In 2015, while inconsistent, he was able to average 93.7 points per game. With the arrival of the great pasty Patrick Dangerfield in 2016 I feel he lost more of his chance to play as the inside bull next to Selwood, causing his point production to dip (even if slightly).

I look at the Richmond midfield even with the acquisition of another inside mid in Meatball Prestia I don’t see that limiting Josh as being a permanent midfielder in the 2017 season. Martin and Cotchin have both shown they are capable of playing forward and Caddy and Prestia will free them up to spend a little bit of more time in the forward 50.

If Josh can provide greater consistency, and pick up a bonus DPP status as a forward (now confirmed) I think he could be one of the buys of season 2017 at his estimated price around the $470k mark.

I don’t see too much risk in selecting Caddy, outside of his inconsistency. He was still able to average as close as you can get to 90 in a side that finished the home and away season in second position despite his reduced inside mid time because of Dangerfield I only see his point scoring capacity increasing with more responsibility and midfield time in a weaker side. This however could be a risk. Did playing in a better side with a more experienced group around him make it easier for him to impact games?

THE PODCAST IS BACK! JOCK, CROUCHING & HIGGO IN THEIR NEW OFF SEASON PODCAST “ONE WEEK AT A TIME”.

I don’t think I can justify selecting Caddy if he’s a MID only. He’ll need to pick up DPP status with FWD eligibility for me to consider selecting him. In the past Caddy has shown he has a high ceiling but you might have to take the good with the bad, although in a midfield with T.Cotch, Meatball and the all conquering master Stiffarm he will probably go the whole season with limited attention. Josh will have a point to prove at his third footy club which does count for something.

Josh Caddy’s move to a third club could be the making of the young man. Worst case is he only holds his 2016 average of 89.8. I feel as if this could be a risk worth taking, as this is someone who can hold his average average until his bye week.

If Caddy does not gain DPP status it will a very hard NO. (now confirmed that he has)

But if this is the case I will be all over him in my forward line much like we all should have been on that superstar Winx on Saturday afternoon!

What do we think of Caddy community?

THE PODCAST IS BACK COMMUNITY! SUBSCRIBE ON iTUNES HERE

G'day briggsy, cheers for kicking this off with a bit of a curly one.

My initial thoughts was he is a bit on the pricy side. Assuming he is gets dpp status he'll probably be a F3 or even F2 depending on what forwards we get this year.

Looking at his numbers he hasn't really strung together many 100+ games. As you rightly pointed out, his inconsistency is a killer. He should fit in perfectly at the Tigers then…

At a new club and in his prime at 24 he's on the radar, but not sold on him yet

I'm feeling a bit like you Kev. He'll be at that price where he really needs to improve on his consistancy by a hell of a lot to warrant selections. Howver, as Briggsy says, DPP stats would make him at least worth a thought. As Pieman says below – we might be losing quite a few handy DPP FWDS this year.

He will be an awkward price for his inconsistent output.

He will be an awkward price for his inconsistent output.
But a lot of us took gambles on guys like Sam Gray and Micky Barlow last year in our forward lines. I feel if given DPP eligabilty J-Cad will be better than both.

I see an Anthony Miles type year (smashed it his first year at the Tiges) for this bloke, really interests me. Third for goals per game (excluding permanent forwards) in 2016, capable of racking them up…delicious

We're kicking off a new off season podcast lads and lasses. What do you think of the new intro?
https://soundcloud.com/jockreynolds/jock-reynolds…

As a Mid only it's run the red line straight through his name. Mid/Fwd would be more appealing for this reason: Dusty & Zerrett will almost certainly be mid only. Joey Montagna will be a defender, & Lids just doesn't play enough to be a relevant Fwd anymore. I also wonder if Zorko played enough time Fwd to retain his DPP. Now that doesn't leave us with too many appealing Fwd premium options. Therefore Caddy may become relevant. Nice work Briggsey

Very interesting point about the number of very handy DPP FWDs we may well lose next year Pie. It would move Caddy a touch further up the watch list if he's DPPed.

I think the most exciting player with a chance of DPP could be the Bont!

Would you take him or Lyons priced similarly, both most likely DPP. Think I like Lyons more, mainly because of the club he's at. Look forward to his article. Great stuff, guys.

Top Job Briggsy, I hadn't considered this bloke until you reminded me that along with Prestia he'll be the only hard nut with skill at Richmond. He should get 10-15 more possessions a game now that he wont have selwood and dangerfield stealing it out of his hands. Will watch very closely during NAB

Almost 4 months since this article went up and I'm still no clearer than "Will Consider".

It's his tackle numbers that have me interested his disposals will go up with more mid-time but with poor DE it might not mean much but more mid-time will definitely mean more tackles and he is a tackling machine!