Although we continue to see a number of injuries and suspensions tear apart Supercoach teams, these blessings in disguise are allowing coaches to take advantage of the abundance of performing cheapies on offer.

Be careful though! Many coaches paid for their impatience by trading out underperforming players such as Johnathan Thurston, Semi Radradra and Bryce Cartwright, who all produced an admirable round three score.

I may as well refer to this write-up as the Buy/Hold article due to the lack of players recommended to trade out of your team. The expensive backs are performing and the cheapies obviously haven’t plateaued at this point.

Pros: If Martin retains his spot in the halves (which we’re expecting), he’ll be the ultimate cash cow. He has been one of the most talked about rookies this season and impressed us all with a debut performance of 90 points.

Cons: I’m scraping the bottom of the barrel when looking for a negative for Martin. We’re expecting Will Smith to drop out once Moylan returns from injury, I guess there’s still a little concern with all the talk that Moylan has been training in the halves from time to time. It’s hardly a concern in my eyes.

Verdict: I like the idea of grabbing him just before his first price rise. Whether it be this week or next, he’s looking like a must have.

Pros: Holding Walker isn’t the issue, it’s more whether he’s worth picking up now that he’s had his first price rise. As we saw from last week’s trade figures, coaches aren’t afraid to downgrade underperforming guns to gain the cash to spend elsewhere. Walker is expected to rise another 50k over the coming rounds, but is that enough to justify the trade?

Cons: Those who don’t own Walker have already missed out on his 54k price rise. He is expected to increase by another 40k after round 4, but after last week’s performance of 15 points his price has the potential to plateau in the coming weeks. Let’s not forget that he is expected to be dropped once Reynolds returns from injury.

Verdict:  I don’t think Walker is worth getting if you don’t own him already. Te Maire Martin is a much better option if he stays in the seventeen.

Pros: Parcell played 74 minutes in round 3 and is looking positive to retain the starting hooker spot. He scored 78 points, made 52 tackles and is set to rise 30 to 40k after round 4. With so many injuries and under-performers in the hooker position, why not take a punt?

Cons: There’s no denying that coaches will be a little nervous knowing that Koroisau originally won the starting hooker position when the season commenced. If Parcell continues his round 3 form, I can’t see Koroisau being an issue.

Verdict: Unless you’re completely happy with your two chosen hookers, I’d be grabbing Parcell this week.

Pros: ‘Jurbo’, brother of ‘Turbo’ has been averaging 67 points per game and cannot be ignored at $337k. He has played at lock and prop over the opening three rounds and produced high base stats every game.

Cons: There’s no real downside in trading Jurbo into your team, although you’ll still have to find the money to get him. Don’t be tempted by the suspension to Taupau or an average performing player to bring Trbojevic into your team, it’s a wasted trade. He’s a perfect option if you’re thinking of upgrading the likes of Rochow or Evans.

Verdict: I’d suggest grabbing Jurbo ASAP unless you have other team issues to take care of.

Pros: ‘Turbo’ covered Brett Stewart at fullback for the first two rounds and has now returned to the wing position. After impressing coaches with a 99 point performance last week, he seems to be a high talking point among the community. Manly are playing an underwhelming Roosters outfit this week so you’d expect his price to increase some more with a breakeven of three.

Cons: Like any winger, Turbo has the potential to score quite low. They generally need those attacking stats to produce a respectable score due to the limited base stats that wingers produce.  You must expect the occasional scores below thirty when selecting a winger.

Verdict: He’s not currently in my team at this point but will be highly considered for this week’s trades.

Pros: It’s a little silly to explain the pros of Sam Burgess, he’s clearly a must have. He is only worth mentioning due to becoming a popular trade topic among the community (due to his round 3 injury).

Cons: If Sam Burgess is out for 4 weeks or longer, that’s a lot of money sitting on your bench doing absolutely nothing. It would be understandable if coaches are a little concerned that Burgess may not be 100% fit upon return. If you’ve ignored his appeal and are one of the few coaches that don’t own him, there’s nothing wrong with seeing how he performs in his return game.

Verdict: I’d only consider selling if Burgess is out for longer than three weeks.

LOVE YOUR NRL FANTASY? KEEN TO GET YOUR NAME OUT THERE?

I’M LOOKING FOR A COMMUNITY MEMBER TO STEP UP AND CONTRIBUTE A WEEKLY NRL ARTICLE FOR THE COMMUNITY!

Pros: He finally produced his first respectable score of 50 in round 3 which could be a good sign of things to come. In round 5 the Broncos will face Roberts’ former club the Titans, where you’d expect them to pile on the points. Roberts will also play the first big bye round (Round 12).

Cons: Roberts hasn’t been involved enough to justify his $316k price tag. The Broncos seem to prefer attacking down the left side which has resulted in Roberts scoring an average of 36.

Verdict:  If I were a Roberts owner I’d prefer to spend my money elsewhere at this point. Not worth considering if you don’t own his already.

Pros: The fact that Harris can be chosen in the CTW position is a massive plus. Although he played in the centres last week he still managed to score 31 points – this doesn’t seem like much, but we’ve all experienced true CTWs that are more than capable of producing sub 20 games. Harris shouldn’t produce such low figures.

Cons: Due to his versatility, Harris tends to get thrown into the centres on occasion which can limit his base output. He only made 10 tackles while playing in the centres against the Warriors.

Verdict: Harris is once again named in the centres for round 4. I don’t consider trading Harris out as a bad decision.

One of the most important things to remember is to ensure your weekly trades aren’t going to affect your overall performance. There’s no need to panic trade a slightly underwhelming gun player because you require the funds to acquire a tempting cheapie. For every gun player you trade out, that’s one additional trade needed to bring another gun in.

On a finishing note, be VERY cautious when using the loophole on offer. Now let’s all have a laugh on me, who loopholed JT due to his amazing 129 which later got downgraded to an unworthy 84.

What trades are you doing this week?

C'mon mate hahahahahahahaha, I dont give a flying one about the NRL (National Ranga League). Get back the the bloody Sherrin hahaha!!! Cheers fellas, keep it up, good on ya!

Why you gotta be rude?

I follow the league. I've been in the top of the league's 1000 supercoachs for year.

Happy to help with info on this.

Keep up the good work Cowboy 🙂

Some of us appreciate your commentary.

Lotta talk about Gawn going ham against the suns this weekend.

I'd think its the perfect game to give Luke Jackson majority ruck - and as a Gawn owner in draft im scared.

With bragging rights on the line, KFC #SuperCoach investor @danbegala reveals the tricks and tactics you can use to steal a SuperCoach final: http://bit.ly/2V35dxv

What should i do for VC/C
#supercoach

Have a read at this free article. Thanks @HoneyballAFL for having me and keep up the good work you do for the #supercoach community. 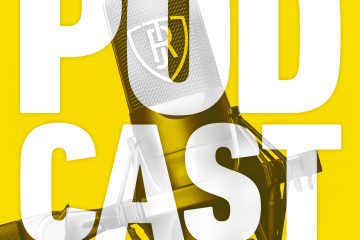 The Biggest Surprises Of 2021

Lekdog and Damo talk about an injury plagued round of footy and some rookie priced players who are making an impact before identifying some of the biggest surprises of the 2021 Supercoach season. HELP US Read more…

G’day community, Dyl here, stepping in for the busy Fozdaddy this week. COVID-19 is wreaking havoc across the nation so I’m sure there’s panic setting in amongst the community. We’ve got players isolating because they’ve Read more…