Swallows are fantastic to behold when in full flight.

However an injured one, such as David Swallow was last year, isn’t worth a crumpet. After a breakout year in 2014, David could only manage 6 games in 2015 after suffering with a PCL injury that ruined the majority of his year, and that reflected in his Supercoach output for the year. Well, last years disappointment could be this years surprise packet, absolutely no one doubts his talent, he was the #1 pick in the 2011 AFL Draft after all, but the question will be how does he fit into our Supercoach planning for 2016. Let’s take a look:

So Community, any of you planning to lock David Swallow into your midfield in 2016?

Sure would command top dollar at the stud farm! I'm in the same boat – a bit of a wait and see until NAB time

Has a place in my heart young David. Took a punt on him for his breakout year and he had me in all sorts of arousal. Can't fit him in to my side at the moment but his POD'ness might just see him creep in. The Libba/JOM/Crouch combo has been in a 90% of the teams I've seen so far

His POD'ness is what made me consider him too. As you say, most people go for that 3 man combo, having Swallow in there instead could be the move that makes you stand out from the pack.

With so much other value floating around it’s a no. If he was a defender he’d be a lock

Can definitely understand that. It shows you how crazy this year is, any other season previously and I reckon we'd all be doing cartwheels at getting Swallow at that sort of price. Now he's got even more options ahead of him.

Ive got 4 out of 5. It depends on your structure and what other premos you have in defence.
Going by who I think will average the most, I would go.
1. McVeigh
2. KK
3.Bartel (but he is very consistent)
4. Smith
5.Yeo

I currenty have Shaw locked. The rest are undecided.

what do people think of curtly hampton?

Not sure he's in the best 22.
But if he does crack in he could prove a very good option.
Still a no for me.

I tentatively have him in my side. Liked the look of him at training on Friday, got some size and quickness to him. Crows have been big for putting up points across half back over the last 3 years, if he plays he'll likely be down there.

Will definitely require a watch during NAB games though.

Hampton a bit too inconsistent but is a massive POD

It's a wait and see on all 4 Libba/JOM/Crouch and the Swallow, hopefully the NAB footy sorts it out.

sorry but who is JOM

This team will no doubt change after the NAB Cup, also J.Lamb is in because he's a local boy and is training with us so he's more of an emotional pick. Just hoping for some opinions/suggestions

I'd be having another look at Seedsman, Crowley and Boyd at least but its your call…

My opinion, too many mid pricers in the mid. Crowley has never really scored well and parish is too much money on the pine. Therefore put parish on ground and get a lower prices rookie that will generate more cash then Crowley in the mids. I try and stay away from key position players in the forward line and backline with the exception of a couple. Therefore I don’t like the Boyd pick not likely a keeper and not going to gererate enough cash to be a good selection. Your choice and if your sold on those picks then stick with them. Good luck

Thoughts on Trent West? Should play with leuenberger gone and good for ruck cover with FWD line eligibility.

On my bench, pricey but I think he'll play and save me a trade.

I'd stay away. Even if he plays he's never been a good scorer. Stef Martin is still the #1 guy in the ruck, so I doubt he'll get much time there, and he isn't much chop up forward.

Swallow would be lock if in Def but as a mid only it is a no from me too much more value around for a cheaper price. Spoilt for choice.

Just wondering after reading this what the community feels about Yablett? for awhile now they have been saying will rest more forward, is this the year? How much time will he get in the mid do you thinks?

Ahhh stuff it, its Ablett, he's gonna be cranking to prove himself and has probably been running his guts out, will be fitter than ever. Sorry stupid question. Lock haha

Swallow is a no for me , better options round that price 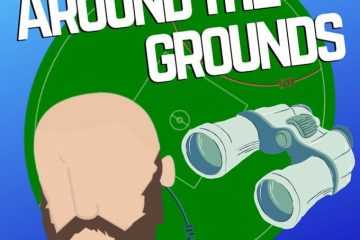 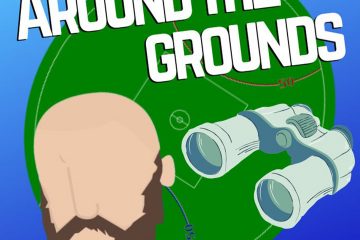 Around the Grounds – Round 2

Hello Community and welcome to another week of Around the Grounds. We’re two weeks into the AFL season, which means price changes are on the horizon, so there’s usually a flurry of trading going on Read more…