KADE Kolodjashnij, the Communities own Thumper, played all 22 games last year and provided The Suns with a real positive to take away from an otherwise poor season.

Coming into just his third season with a hefty defensive pricetag, Thumper provides us with a significant selection decision to make.

Thumper’s pre-season has been solid and Eade has openly admitted that he played him out of position at times last year;

“I probably blame myself for that because I played him on a wing — I thought he’d be a perfect winger — but he struggled in the role and his decision-making was down as well. Once we moved him back into defence that got better.”

Thumper averaged 22.3 disposals, 5.6 marks and 6.3 contested possessions per game last year. Of great significance is that he ranked 7th across the AFL last year for rebound50 acts, averaging 4.5 per game. The 20 year old can undoubtedly play!

Great article Higgo, my only worry is his pricetag. No doubt he can play but as you said, with all the injured players coming back, what will his role be? Another interesting one is Malceski, he could be worth a write up as well, having played his best football across half back with the Swans, will he get back to his best form this season?

Good call TJM – Malceski factor is a thought. Thumper still pumped out some solid scores with him in but the other fellas coming back have me concerned. Cheers mate!

No worries Jock! I have Malceski along with Brodie Smith (another high risky high reward) selection. Have you heard whats wrong with Yeo, heard he was only on light running duties.

I'm in the west TJM .. don't hold that against me, i'm from Vic and follow the Pies…
Nothing to worry about with Yeo, will be fine for NAB and Rnd 1 Eagles gave a half dozen players an easy week last week, word was he was just a little sore.

He was fantastic last season. but his price and inclusion o f the big guns mentioned i m wary.
looking else where boys . Fridge has got a hunch so I will chase it done and compare the Pair… To The Fridge its midday somewhere in the world lol….

I have a couple of questions to pose to the community.

1. What structure is everyone running with?
2. Thoughts on Shiel, Franklin, Jaensch and Westhoff?
3. Is Robbie Gray worthy of a starting position in a SC midfield as a POD?

1. Guns and Rookies as much as possible, however, the likes of Liberatore, O'Meara and B. Crouch will make it a little different in the Midfield this year.
2. I personally will not be selecting either Shiel, Franklin, Jaensch or Westhoff, but I think they can all be justified as decent picks.
3. The Robbie Gray debate is an interesting one. I love him and rate him, but don't think I'll be selecting him for R1. I think with the likes of T. Rockliff and J. Selwood at cheaper prices. as well as the fallen premiums in Libba, O'meara and Crouch, it will be hard to fit him in.

I'm interested in what people think of Nick Malceski in defence and Toby Greene in the forward line. Both had pretty disappointing years last season (more so Malceski), but at their current prices, they surely must be considered.

I agree completely. I currently have malceski and i am considering green.

I like the Thumper, Eade playing him on a wing last year shows that he will be used as a running out backman, and the others coming back will only help him out IMO.
Problem I have is fitting him in, im 150k short and don't want to upset the balance of the currunt team structure at the moment, defo in the frame of selection tho.

I have him sitting in there nice and tight and would expect him to finish inside the top 10 defenders, with a bit of luck possibly even top 6 at a push. Of the players who finished above him last year, 2 are suspended and 3/4 who are pushing on in years who may need the odd break.

Calling it now, third year breakout for Thumper. Increased his average from 68 to 84. Reckon he’ll go 95-100 this year. Locked in

Rocket is a straight talker. He said he shouldn't have played Kade on the wing and thinks his best footy comes from playing down back.
The Suns then bring in a ready made winger in Rosa.
Kade locked into the Suns halfback line and primed for a big year.

Started with thumper last year and was going to be an upgrade selection. After a slow start stuck fat and was in my team at the end. Reward for perserverience. I think he is about top priced this year and with my structure won’t b starting him but like his style.

I hate his name. Watchlist.

I agree he can get to 95-100 this year. If I run him at D2 I can run 15 keepers and 7 rookies (all cheap) Alternatively I swap him for Crouch, McKenzie and can use 50k to upgrade rookies. Given that I think I can get 95-100 from Crouch for 176k cheaper, even though KK is a keeper at that average and Crouch is not, I think KK has to become an upgrade target for me.

I am giving him serious consideration as my D1 this year. Got him penciled in for a 95-100 average. Going light in the DEF at the start, I never go big there, so his price range and upside is looking pretty sweet to me.

He is currently locked I'm my team at d2.

Avgeraged 97.8 in last 10 games last year. Going into his 3rd year and with the team being stronger he should be able to improve that. I have him at D1.

I was thinking along the same lines. I reckon he's in for a big one this year.

Great stuff Higgo! Have been tossing him up with D.Roberton. The only problem I have with him is how much midfield time will he have as that is where he got his points from. Never know though could play a role like Mundy

Based his game on Birchall as junior, had a 50 possession game in his first year reserves didnt he? something stupid. Taken high draft pick by Suns, has shown amazing development and maturity from day 1. Told my mate to get on him last year and he got burnt the first two weeks after that I was apologising but came good again.

No brainer for me. Lock 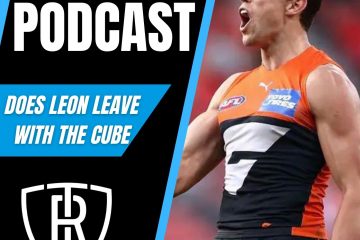