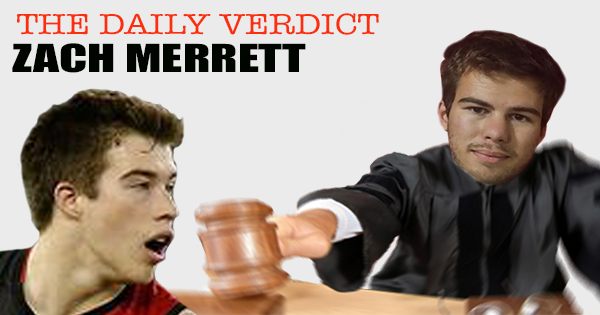 We are back for 2016. I am excited. I am so very excited. After a turd of a 2015 for many of us, now is our chance to rip fantasy footy a new one – and this year we have the Jock Reynolds Communities own CoachKings to try our hands at too!

2016 also looks the most interesting year in Fantasy Footy since the induction of Gold Coast and the bye in 2011. 2016 sees the induction of a new expansion team called Other Clubs’ Offcuts FC joining the AFL in a strangely familiar, lovely, beautiful… red… sash… Okay, the therapist I’m seeing in order to cope with the whole Essendon thing has said I need to move on, to channel my energy positively. So, I’m going to try doing that. I’m going to look at the positives. And one of the biggest positives for the Bombers this year and last is Zach Merrett.

I’ve had my eye on this kid for a while, and this kid can play. He was single-handedly responsible for irreparable stretching to the crotch region of at least two pairs of trousers last year, such was my arousal curve watching him last year. He only had two tons, but at 130 and 140 they are nothing to be sniffed at.

Let’s have a gander at him.

LISTEN IN HERE TO JOCK, CROUCHING AND HIGGO’S LATEST PODCAST

What do you reckon, folks? Am I insane?

Probably patch but as for Zach he is a head scratcher. Not even sure of the team so not sure what role he will play, how he will fit in with the dirty dozen, how luey can get him the ball, how much support he will have? Glad he is good at tackling as he can see him doing plenty of that. Will pass at this stage and look at young parish as an bomber recruit. Over to u Zach I need a reason to pick you there r just too many questions.

Absolute gun this kid! Dont think he'll be able to score consistently well in a bottom 4 side though

One of the things that keeps me up at night, Westy. He will have bad games but I think the upside is worth it.

I can see a good case for cheap bombers but the premium priced boys make me very nervous. Personally think the Bird man at a much cheaper price is a better pick. At 477 your picking him as a season keeper & in a weakened team I doubt he can be a top 10 FWD. But there is no doubting the young lads talent. Probably have a closer look next year. Nice work Patch

Far call I.N. I've got both at this stage.

Agree re fair call. Looking at baby bombers only and maybe birdy bomber

Patch and Zach sitting by the tree kay I ess ess I en gee
Patch's man crush aside I reckon that zach bloke will have the best season of his career and leave absolutely nothin on the park every single week but, that isn't enough to make him a starter in a SC team. His price is too close to Ollie and other proven game breakers to have him as a mid so he can only be considered as a forward for SC but as a FWD you've also got Saint Nick in the F3 price range and his ave for the first 5-6 games of a year is phenomenal .

Gold, Wombats. Salient analysis, and I have a sneaking feeling we'll be delving into Roo over the next few weeks.

Zach is trending with some of the best young ones going around, massive POD for those with the gonads to pick him, he will go midfield this year, he will carve it up, he will go 95+ if untagged. I may be biased!

Patch you little beauty! Zach is the new Zorro, swinging in, slashing his way around the village, collecting the pill, delivering nicely by foot and could ba very tasty POD. Great to have you back mate!

As a bombers supporter as well, watching Zac Merrett play footy is what gets me up in the morning. The way he goes about his footy is very easy on the eye. It’s a no for now, I think I’ll be going with Toby Greene at a similar price, but Zac could turn out to be a brilliant POD.

Toby Greene is an interesting one. At $450 odd he's still a bit of an awkward price. If someone could make me confident that he'd carry on from his 2014 form he'd be a lock. His average dropped by 20 last season. Was that because he was playing forward more often or just because he had a crap year?

G'day Jimi,
Yeah it's an interesting one indeed. I hadn't looked too much into Greene's 2015 season stats before commenting on this article last week, at the time I saw his name at that price and rushed into selecting him. But the more I look at it, the more I am turned off by the prospect. Like you said, his price is very awkward, and there's no telling how he'll approach 2016 fantasy wise.

I'm gonna take the risk with him, going with my gut, ava good feeling about this young grasshopper.

He has to be a "wait and see" surely, awkwardly priced with a huge downside, DPP sparks interest, but ain't enough.

No at this early stage, I have 4 to 5 in front of him in that price range and only have room for 1 or 2 but someone has to score for the bombouts so he could be a prize for those that take the risk early.

Thoughts on my team ATM.

CASH LEFT: $17,100
Please let me know any changes or anything that you would do

Really good first team. Almost identical to mine:) except I have Fyfe and Nic Nat instead of Beams and Martin.

How much are you leaving yourself for rookies ?
I only just scraped through and you are needing an extra 200k for the your premos.

I’ll be starting with 6 onfield rookies plus emergencies.

Hopefully these rookies will score well for you. I can't find many rookies who will score 75+ unless they are over 130k.

i'm not looking at Rookies yet, they will emerge before round 1, hopefully some bargin priced ones.

Really like the kid but a definite no for me, I reckon the taggers are waiting for him… Don't think Bird will get tagged, Zaharakis will struggle this year, Goddard may get tagged a little too. Still someone's gotta average 100 for the Bombers (based on the fact Ablett & Ward did in GC/GWS 1st year) but I reckon it will be Goddard and/or Bird. FWIW I reckon Essendons team is better than both expansion clubs 1st year and as such I see them surprising a few.

How many taggers are playing in opposing teams at the same time?

Just realised that when you list the surname initials, in descending order based on SC price, of Libba, O'Meara and Crouch it says LOC.
Mate if that's not the supercoach gods sending a message I don't know what is

Love him! However it would be a no for supercoach from me. Yes his scores are sub-effected, but I don't see him averaging over 80.

Good stuff Patch! Love your work! Had my eye on Merrett for a while now, reckon the kid can play some serious footy! While we're talking about young Zach, i thought i would mention another man around that price range in Sam Gray. The kid started looking at home in that Port line-up towards the back end of last year registering scores of 102, 98, 84, 121, 138, 125 in his last six games. He was rotating through the midfield and also kicking goals, he's proven he can belt out big scores, am i crazy, or is the bloke worth a look????

He's definitely worth a look. Especially with Monfries out… there's a spot in the forward line up from grabs.

Great write up Patch. I was into Zach before the CAS verdict, however, now with so many senior bombers out, I just don't think he'll be able to handle the added responsibility just yet. Bird all the way for me in the forward line.

this will be a POD selection, however i feel it is a POD for the sake of it

Around the Grounds – Round 20

Hello community and welcome to another edition of Around the Grounds. Almost at the end of the year now, so again we’ll be going through some teams to take a look at what potential Supercoach Read more… 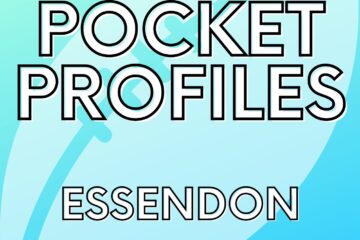 Supercoach is back! Sign up here & start building your team! The Jock Reynolds podcast is back for yet another pre-season. In the second instalment of the Pocket Podcast series, Patch is joined by Damo Read more… 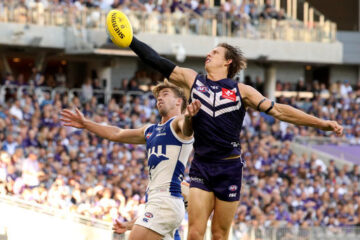