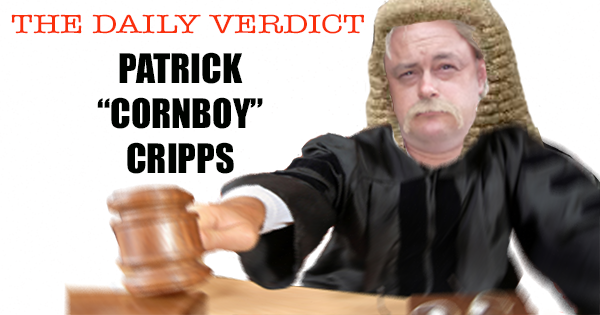 Can Patrick Cripps build on his freakish 2015 season?

Cripps was Carlton’s youngest John Nicholls Medallist since big Johnny Nicholls himself won it way back in 1959. This came as no surprise given that Cripps ranked No.1 at the club for contested possessions, clearances and handballs and No.2 in total disposals and tackles.

The boy stepped up and became a man in the Blues’ victory over the Saints in New Zealand on ANZAC Day. The 194cm midfielder had 33 disposals (23 contested), 11 tackles, eight clearances and kicked a goal. His impressive performance didn’t go unnoticed, with the AFL awarding him the Round 4 NAB Rising Star nomination.

His ability to win his own pill is unquestionable. Even with the big Carlton guns going down on numerous occasions across the 2015 season, Cripps still ranked 10th in the AFL last year for contested possessions – for one so young this is truly a remarkable feat.

Over to you community – what’s your verdict on Patrick Cripps circa 2016?

Carlton being bad will hurt him but they were bad last year and he still averaged 96 in his rookie year. Thats elite. He is too good to leave out.

I have locked in Cripps at the moment for my supercoach team. Contested ball winner and by the end of the season will be a great M9 or even used as bench cover.

Hey guys, I know this is about Patrick Cripps, but what is the communities thoughts on KK? Great year last year. $482,200 price tag, it he worth that much?

Got him as well as a POD, found it hard finding a good premo defender. Depends on where he plays in the NAB challenge

Poor bastard. He plays for Carlton. At least it's not Essendon.

Haha true, although your squad put us all through many nights of Friday night pain (just horrible to watch) – hopefully the baby blues can be competitive this year

Yes will be all over Cripps in CoachKings when the Blues are playing another of the weaker sides. I'm sure we will see 2 or 3 massive 150 scores form him throughout the year.

In Supercoach there is just too much risk to select him over other proven players that are only a little more expensive. Future Supercoach fantasy beast in the same mold as Fyfe but just not this year.

I agree not this year! Will avg 100 but not good enough

Great to see you Mad Mick!! Hope the honeymoon with your lovely bride went well mate. See your point – although something in my guts tells me he'll deliver this season

Agree with mick, too many proven safer premos for minimal extra outlay

Take off the petticoats Mick. That attitude is exactly why Wayno, Jock, Crimmo, Baron and even Throttlefinger smashed you last year.
You must speculate to accumulate.

It’s a gut call on the baby faced blue this year. He strikes me as a special player whose main strength is his game to game consistency. In my team as I feel Rockliff will continue to burn teams with injuries

No from me, there are safer options out there.. Gibbs will be the only improver SC wise from last year. Take that to the bank!

Wary Jock, very wary. Did a bloody good job for me last year but, for mine, at 520k he's priced at his ceiling. Plenty of better options around in stronger teams

Geez Kev ya better get off the drugs before the comp starts. 520k the ceiling for Cripps? Did you read the bit about 172 in his 3rd game?

There is something very special about this kid. Will be a monster in our sides for years. I am backing him in this year, sitting comfortably at M5 for me.

Not for me this year Lekdog, Damo and Patch all come together to analyse the Supercoach prospects of the Blues and the Cats. Come for the analysis of locks, rookies and breakout contenders, stay for Patch sexily saying ‘meow’ and Read more…