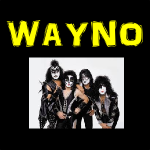 Nic Nat paddy whack didn’t give me a bone fellas

He was pretty average tonight and only gave us 66 Supercoach points from 12 possessions and not many hitouts. Is it time to lock in two fit premium rucks community? I think it might be a close call this – he’s underdone big time and lockout is just around the corner. Worried about blokes who are locking him in fellas.

Few injuries to Suban and Crozier for Freo – would be grouse to hear off Freo heads out there about what that might mean to their team structures..

What did I miss from this one fellas – and do you reckon Nic Nat is a worry?

Still have nic nat in my side, but now I'm worried. Should I stick with him or up him to a Goldy or someone like that? My other ruck is Ivan.

Nope stay with what you've got. First hit out for NN. Mummy overs with scoring restructure

Did Lycett get injured? Why was his score so low?

Thinking that ibbotson will be providing us with scores at around 80 with the odd stinker and blinder, thats what im looking for at my d5….objections?

vinnymac
Guest
Reply to  The Egg

Haha ok. both pretty risky options, kade being second year and ibbs with his injury history, but I dont expect either to be in teams after bye rounds. but hey…they could prove me wrong and either of them could average 90+ and could potentially be in the whole year.

I’ve gone with Goldy and Maric, dont want to bother doing ruck cover and all that, still lokking at maybe downgrading to minson

same here Tyler. I started the preseason with Nic Nat and Leuey and have slowly come around to thinking we need to Men, not boys in our rucks.

I reckon your on the money there Samenglish old mate, Slightly cheaper than the like of Heaney etc and playing for West Coast who are in need of quality mids give him better job security imo.
After watching him in preseason i've brought him in. Lock

Enjoying that call big fella he's a lock for me

Pfffft, what am i saying???
Was just looking at his price in DreamTeam not SC … Didnt realize such a price difference between the 2 comps, jeez
Still worth looking at and bring in though i reckon.

Ibbotson or thumper or sheppard?

do u reckon tommy will do better then VB