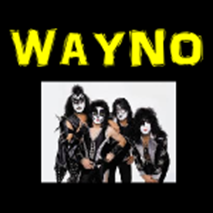 Yep I’ve taken a couple of risks fellas, but hey people take risks everyday. One day you could slip over in the shower and die, you never know……that’s why I don’t take showers anymore,dad hoses me off out in the backyard. In defense Grimes and Shaw are my biggest risks. I just think Grimey will do it this year and they gave the captaincy to Shaw in one of the Nab cup games so I reckon he might have an important role down back this season.

I’m bloody sick of seeing the same sides everywhere so I’ve gone for a couple of POD’s in the midfield. I reckon Goddard’s going to lift this season and have around the 120 mark with Watson getting the heavy tag. I’ve gone teen wolf as well but that could well change before the 1st siren.

If the Sandyman snaps in half early then I’m stuffed, but that’s the risk I’m taking because I’m crazy fellas…..but if Nic Nat’s named that could change as well…..I’ve still got $174,000 left in my dollar mite account

Don’t give a bloody rats about the byes…ill be trading my arse off in the 1st few weeks so players change.

Great team Wayno. Maybe Higgins at F6 would give you a bit more firepower. Did you consider Varcoe?

A TOD, team of difference from Wayno. Almost Brilliant!!! (Fwd line has a long tail)

I like it! the ruck dilemma has been one I can't get my head around, I've also gone Jacobs/Sandi but that's prone to change before tonight. not bad though mate.

thoughts on watsons output this year?

Nothing but positives LOL Oh I kill me self Naw honestly This Dank thing has created a very dark cloud and for players to to receive infraction notices between Seasons is totally wrong! They went thru hell last year and I think some of them can't do it again ( I don't blame 'em_) But the one I think of the most is Watson, not only does he represent the club as captain (This happened under his captaincy but also a Son of TIM!; and LEGEND of the game I think all the young fellas and old and bolds are looking for leadership in this …Jobe is capable of this but at what cost to him I dare say he may be the 1st footy player to be declared PTSD a few years down the track even Premerships will not help because of this he and the team will always be tainted wether they win or loss GFs
SAD In my opinion and not a Bomber fan I just feel for the guys..Sorry for the rant…But where else can I VENT Oh and By the By I hope its 115 -125 territory for Jobe.
He would be justified getting it

Nice one Wayno, good luck for the year. Bring it on.

How you can take Goddard when Watson is only 30K more and Cotchin is the same price has me buggered.

With Watson getting the tag most weeks, it is possible to believe Goddard can score more than both Watson and Cotchin. But hey, everyone should stick to their research, even if it goes against everyone else's research.
I'm personally going with Hodge and J. Thurlow instead of Enright and Suckling!

thoughts on either cotchin or liberatore?? cheers

Cotchin because he'll win the brownlow

Only critique is that you have a KISS team picture and a Sabbath song team name. Why not "Wayno's War Machine"?

Bit different Wayno, never heard about the report on Josh Caddy that you were going to do though, doesn't matter though. Have you been taking your Uncle Jock's advice?

Heres my team, tell me if you like it ASAP. I'm open to any feed back to my team. Please tell me who to trade, who to get etc.

Wayno you didn’t miss out on Langdon did you?

Don’t miss out on Langford as well !

Hey Wayno 22 Posts indicates to me that People are not paying attention!
I personelly like the mix…give it a shake mate the establishment need to get a kick in the nuts regularly LOL PS after GWS have downed Syd this whole fantasy year just got good

I amm rеɑlly impresseԀ witҺ your writing skills ɑnd also ѡith the structure
on yօur blog. Iѕ that this a paid subject or did you modify
it yօur self? Anywaу stay up the nice quality writing, it is
rare to seee a great blog like this one these days..