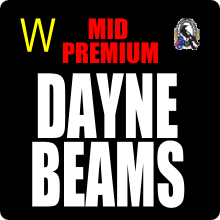 Wow wee i cant believe uncle jock has givin me a gig of writing some stuff for his grouse site for you guys, I’m completely stoked.

That last sentence is the most I’ve ever written in my whole life, anyway i digress. Ill be doing a few of these from now till the start of the season and Dad said he is going to help me so without further adue i present…..

My first player for this outstanding segment is……(drum roll)

Yeah i know what everyones saying “just cause his got tatts” but thats not the reason (maybe a little bit). I think people have forgotten how good he is. His 2012 season was unreal where he averaged 123.4 supercoach points and won the pies B&F,have a gander at these fat facts….

Have a look at that price, fairdinkum bargin basement for a bloke of his ability.

He came out firing in the NAB cup last season averaging 42 possies and 9 clearances over 3 games untill he want down with a quad in the last training session before round one,ripped off.He came back and played the last 7 games of the home and away season averaging 102.4, finishing off in an elimination final with 29 possies and 141 Supercoach points.

I expect to see those grouse sleeves alot in the midfield this season with his inked up mate Swanny pushing more up the ground. Everbody knows Dane Swans teeth are getting long and i expect the best tagger to go to our ole pal Plendles,freeing up Beams to cut sick.

2014 PREDICTED STATUS: Premo
PREDICTED AVERAGE 2014: 110-125 Supercoach points
SELECTION STATUS: If he has a good pre season im picking him,but if i do that i cant see Pendles getting a Guernsey

Im going to put my mouth where my money is and say that i reckon he will outscore Plendles in most games and finish the season with a better average. I know,big call but thats what im here for fella’s

Would have to go close

He is an absolute jet mate, can't imagine there being many serious coaches starting without him to be honest. Especially at that price!

Great work Wayno, Dayne is a lock for me.

Intresting Wayno, very intreating. Is this a Tattoo thing mate?
If Pendles had 'em would it be "Glove Brother Love"
Oh well, back to the inked for me!!
Nice Wayno, Short sweet and most importantly to SC Point.
Love ya

great stuff young Wayno – apart from that dad joke. (maybe write the next one without him)

This guy is an absolute lock for me too – big question is do we go in with both him and Pendles ?? I'm not sure yet myself but with Gaz also falling in bye round 8, it makes i hard to take all three.

Still might go in without Gaz and Pendles .. Am I Mad – you bet I am

Geez Mick, I was thinking of going in with no Gaz, but no Pendles too? You truly are a madman!

I thought that joke was a bloody corker. Not guilty your honour. Nearly choked on the old Weet Bix reading that one

Very impressed with not only the top write up, but the impressive typing skills Wayno has shown for such a young boy. Only some minor typos Wayno, but well done!!

How old are you Wayno??? Those typing skills are atypical of most young Aussies out there today without spellcheck to fix it all up, but the thoughts going into the words are nigh on prehistoric!!! I don't care how old you are mate, ears pick up good words and I'm guilty as charged!

Happy to edit for you, Wayno.
Newly retired English teacher.

It’s really a cool and useful piece of info. I’m happy that you simply shared this helpful information with us.
Please keep us informed like this. Thanks for sharing.

I needed to thank you for this great read!! I absolutely
enjoyed every bit of it. I have you bookmarked to check out
new things you post…

I am really impressed with your writing skills and
also with the layout on your blog. Is this a paid theme or did you modify it yourself?
Either way keep up the nice quality writing, it’s
rare to see a nice blog like this one these days.

For a wonderful detailed explanation please take a look at this site;
vitamin k foods

Very good blog! Do you have any recommendations for aspiring writers?
I’m planning to start my own website soon but I’m a little lost
on everything. Would you advise starting with a free platform like
Wordpress or go for a paid option? There are so many options out
there that I’m totally confused .. Any tips? Kudos!

Hi there it’s me, I am also visiting this web page
daily, this web site is actually fastidious and the
viewers are in fact sharing nice thoughts.