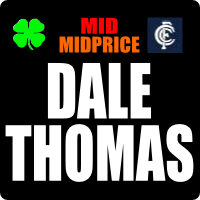 Welcome Community. Things are starting to heat up now. Still working through the turncoats and I have been getting a lot of requests to do a run down on Dale Thomas.

So without disappointing let’s get straight into it.

Now before we go any further it is very hard not to start by mentioning that ridiculous price tag of $385,000. Thomas only managed to play 5 games last year which I believe (if the pricing stays the same as it did in previous years), he will be eligible for a 10% discount on his previous years average.

Add this discount to his already low average due to sub affected scores in two of his five games from 2013, and the result is a very cheap proven Premium player. If Thomas had kept his forward eligibility, this price tag alone would have insured that Thomas will be one of the most selected players of 2014. However as you may know by now Thomas is only a midfielder in 2014 which might make a lot of people reluctant to select him. 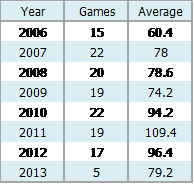 Going back through the years we can see that Dale had his breakout Supercoach year in 2010 increasing his average by 20 pts a game and then again increasing his average by a further 15pts in 2011. He dropped back again in 2012 but this can largely be contributed to an injury effected season that seen him strain a hamstring in round 3 against Carlton, where he scored 64 SC points and missed the next month. He also badly corked his thigh in the Round 20 against Sydney, when Swans ruckman Mike Pyke fell on him in the opening quarter. He spent the rest of the match in the red vest after only scoring 23 points. Take these 2 scores out of his average and he was tracking to average 103 in 2012. So it is clear that a fit and healthy Thomas is a proven fantasy scorer.

But the key words here are “fit and healthy”. The big problem is that we will just not know for sure if Thomas can stay fit, as there are very large question marks lying over his right ankle.

Collingwood coach Nathan Buckley had this to say when asked why Collingwood where willing to let Dale Thomas move to Carlton;

“He really struggled with his body over the last two years. I wish him all the best, but we think there were enough question marks about it to allocate that many resources and funds from a salary cap perspective”

Carlton coach Mick Malthouse has been quoted as saying;

”We wouldn’t be picking a player if he couldn’t tick the boxes and he has ticked all those at this stage. He’ll be very, very good for our football club,”

Lip service from both men really because neither is going to say anything to the contrary, as both see it from their own clubs perspective. But both can’t be right on this, and I guess the million dollar question is, who is? (or should that be the 50k question??)

The problem is: I’m not qualified to answer that. I really don’t know. The only thing we can do is monitor his preseason and see how he is tracking. Carlton went to Arizona last week for their high altitude training without Dale Thomas. Read into that what you like but I know I’d rather if he was a little further on in his preseason program. I don’t blame Carlton for taking a very cautious road with Thomas and if he enters full training in the new year and has a solid February and March I’ll feel slightly more at ease with his fitness concerns.

Injury concerns aside let’s see what we could be looking at if we do get a fit Daisy at the Blues: 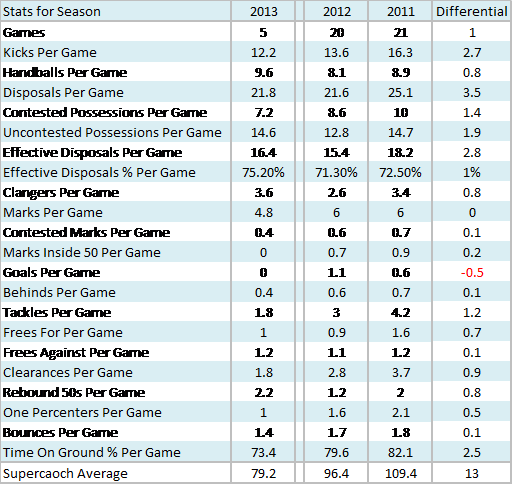 The table above shows the disposals of the powerhouses Collingwood Midfield during the 2011 and 2012 season. Dale Thomas was the number three midfielder at Collingwood in 2011, behind Scot Pendlebury and Dane Swan. However the emergence of Dayne Beams in 2012 during Thomas’s early season absence pushed him to the outer when he returned. This resulted in him playing more time forward and less time through the middle. This did see Thomas kick more goals, the one stat that did improve in 2012 but also contributed to fewer disposals and less Supercoach points.

Looking at the midfield group that Thomas is about to join at Carlton and we can see that it doesn’t dominate the disposal count quite like the midfield machine at Collingwood. In fact Andrew Walker averaged more disposals playing off the half back flank than any of his midfield team mates in 2013.

The big two marque midfielders of Judd and Murphy had terrible years for Carlton in 2013. I know a lot of people were disappointed and burned by Murphy last year but I would argue that Judd had a worse year. In previous years Judd took the number one tagger from the opposition and allowed Murphy to get off the leash. In many games this forced the opposition to move the tag and in doing so Judd would benefit from the lack of attention. This worked really well for Carlton and caused headaches for the opposition’s coaches.

Last season however Murphy copped the main tag all year long and for large portions of the year struggled greatly with it. However he got no helping hand from Judd whose form offered little attention from the opposition’s taggers’, resulting in Murphy getting the brunt of attention. Kade Simpson had a great season and both Bryce Gibbs and Brock McLean were good in spells for the blues but none of them are players that can break a game open like Murphy and Judd at their best can.

It is for that reason that Carlton identified the need for another top level midfielder that can break a game open and help Murphy shake some of that attention in 2014.

If you think that you will see Thomas playing forward or stuck out on the wing at Carlton, you are mistaken.

Thomas was recruited as a midfielder and if he is fit that is where he will be playing in 2014. Murphy and Thomas will be the number 1 and 2 midfielders respectively at Carlton in 2014, with Simpson, Carrazzo, Gibbs, Judd and McLean all rotating through there. If Carlton get their required result this should see Murphy get off the leash more in 2014 and he should be on every serious Supercoach watchlist at this stage of the preseason. This might mean that Thomas might cop a tag a little more than he did at Collingwood playing alongside Swan and Pendlebury but he will also see his responsibility grow as he becomes a key figure in the Carlton Midfield.

If I’m correct and he plays predominantly through the middle then I would expect that his disposal numbers will grow to at least his 2011 year if not a little bit higher. It is also likely that his contested numbers will grow at the same level along with his clearances and tackle count. If that is the case then it wouldn’t be a stretch to think he will average somewhere around his 2011 tally of 109 Supercach points too.

Provided he is fit for round 1 I feel he is just too cheap not to pick up. Worst case he plays a few rounds with some high fantasy scores and gets injured. He’s still likely to have increased in price and you move him on. Best case you’ve got a midfield keeper for under 400k. The risk isn’t all that huge but the potential reward is. Lock for me.

You just keep giving to this community Mick and I love you for it mate. What an outstanding analysis.

I think the comments of Buckley and Maltballs stand out most for me. I actually read more into Buckley's comments about his injury trouble over the last few years. Yes- he would have had his foot scanned to the buggery and Carlton had him checked but I can't shake that feeling that he may not return to his best. Like you as well I would have liked to see him in Arizona. From a physical perspective and a team perspective.

Having said all that – like you if he shows real form and gets some solid game time under his belt in the preseason he will be very bloody hard to overlook. Just very wary at this stage old son

It is of my understanding that Dale Thonas is urgently in Arizona training with the boys?

Awesome, Just awesome! He was a favorite for this season if fit ,but now with this …. He is Locked in eddy …If fit and I think he is good to go too.

Dangerous waters. Sure the price will lure many of us in, along with memories of what once was. Would say, in any sport, coming back from a significant injury is never a quick thing. (see Derrick Rose of the Chicago Bulls) Mentally I'm sure Daisy won't be playing with the same confidence and flair. It will take time for that to be gained. While there is little to lose, think there's more to gain by waiting to see how he returns, in my humble, lightly assholy opinion.

In addition, it only will demonstrate precisely how to amp increase your each and every-working day beauty routine to have you looking and feeling your greatest.
This is especially so iff you are having a back gardsn wedding day.
‘ Using a lash comb can be a little tricky at first, but once you
get the hang of it, you may wonder why you did not previously use one.

I hardly leave a response, however i did some
searching and wound up here Supercoach 2014 prospect: Dale Thomas | Jock Reynolds.
And I actually do have 2 questions for you if you tend not to mind.

Magnificent web site. Plenty of helpful information here.
I’m sending it to some buddies ans additionally sharing in delicious.
And certainly, thank you for your effort!

Head to http://SuperCoach.com.au to enter yours!

How much can I ruin my #SuperCoach BBL team between now and 7pm tomorrow?

Catch up on all the #SuperCoach relevant stuff here 👇👇 https://bit.ly/HBNewsDec4

After watching this, fair to say @damoj88 won't be making the same mistake in fading Lynn like he has in previous years. Wow! 😅 #SuperCoachBBL #SuperCoach #BBL11

Damo is joined by Azza and Dyl as they run through each game for Round 1 of the SuperCoach BBL season. Haven’t signed up for SuperCoach BBL yet? Head to supercoach.com.au today! Follow Damo: @DamoSCFollow Read more… 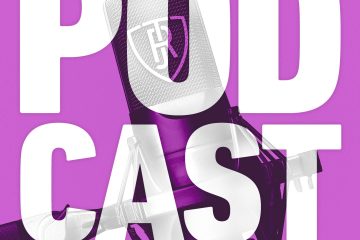 Damo, Patch and Lekdog take a look at all of the 2021 AFL draftees. The gang predicts who will feature in round 1 of the 2022 season as well as ponders who might be the Read more…