Folks, this internet fame reaches a long way(much bloody further than the new Frankston bypass so Higgo tells me). Not only are fans both young and old joining The Community via this website but yes, I also get a chatting to honest folk who would have never looked twice at my mustache in years gone by.

And then there’s Crimmo … or Mr.Crimmins as he likes to be called. He’s been coming down to The Seaford, sipping alone on his standard 3 pots of light beer and then silently heading home. Crouching and the lads used to stir up the miserable bugger for not talking! Well the other day the whole front bar fell silent. Crimmo walked up to old Jock and said, “My name is Mr.Crimmins and I would like to write for The Community.”

Turns out old Crimmo use to teach up at the Tech …. bloody gun too I hear; strict, uncompromising, massive tight arse (why he drinks light beer!), but results driven.

It warms my bloody heart to introduce to you our final writer of The Jock Reynolds Community, Mr. “Crimmo”Crimmins; 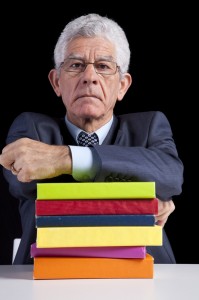 While being adept at navigating websites to research all things Fantasy Football, such things as writing an electronic style article are very much new to me. In my days of PE instruction, I recall stating that computing was a fad and nothing will ever replace the efficiency of the common star jump when it comes to strengthening the mind and body. I was wrong.

I have continued to study the great game of AFL, however, my playing days ended after being delisted from the under 19’s down at the Melbourne Football Club. I was good, fit, strong – still am, but laying out Robert Flower at training did me no favors. I still love my Dees(young Jack Watts will mature into his body and defensive role nicely this year – a very unique pick).

In this my first article, I will be examining an old favorite Fantasy of mine …

I dealt with many of the tattooed kind during my years teaching PE at Frankston Technical College, but none as talented as this young man. A three time Copeland Trophy winner, Brownlow Medallist and an AFL Premiership player. Also, I suspect, responsible for many a Fantasy/Supercoach Premiership too! He’s been the backbone for thousands of teams over the years, and it’s hard to argue against him.

Lets take a look at some important Dane Swan numbers;

Dane’s 2012 was one of great note. He averaged 35 touches per game, and didn’t drop below 27 all season. He averaged the most uncontested possessions per game, third most centre clearances and fourth in the league for metres gained per game, on top of averaging 102 minutes game time per game.

It seems with every tattoo Dane gets, the better his football becomes. If you listen to reports from Collingwood’s pre-season training, young Dane is in the best shape of his career. While this may seem a scary prospect for the 17 other clubs, us here at The Community continue to debate his relevance to our starting squads.

The pending return of Luke Ball may make life easier for Dane, possibly enabling him to spend more time up forward. Dane has proved more than capable of kicking goals when going forward; In 2012 he kicked 25 goals.

Of course, there is a heavy price tag that comes with a player of Swan’s quality, and for the thrifty like me, selecting a player of such expense is  difficult. However, I believe he’s the type of player you can build your side around. You know you can bank the big scores every week. He’s only missed 5 games in 5 years and as mentioned above, very rarely does he drop below 100.

One must also consider the issue of whether the General himself (soreness) will appear throughout the season. In my day, ther was no getting out of a session, in fact, we use to hide such injuries as broken fingers! But the game has changed and having a midfield of the likes of Pendlebury, Thomas, Beams, Ball, Sidebottom ….. there is some common sense in resting key players and have them at the height of their physical powers for finals. The risk is there, but the same risk lingers when selecting guns from other contending sides.

In my opinion, Dane is a must for season 2013. He is a fantasy legend of high consistency.

It’s up to you now to decide whether you’ll build your team around him and his hefty price, or you wait until his price drops and upgrade to him. Either way, Dane Swan is a “must have” in your SuperCoach/AFL Fantasy side come finals time.

Will the tattooed maestro find a spot in your Round One midfield though?

Get our call on all the top shelf premium midfielders

Premium Poll – whick premium midfielder does the community rate in 2013?

Great article mr crimmins look forward to hearing more from you. This has definately made me think about Swanny a lot more!

Gday there Max, I'll pass that on to Crimmo. Bit of a recluse.. we'll try to get him on here responding to a few enquiries. At this stage I reckon I'll lilkely go the GAJ and Pendles combo in the guts with the possibility of another top shelf premium, but cant quite see Swan makin the cut. Not to say I can't see Me Crimmins point of view – there is absolutely no arguing against the credentials of your Dayne Swans of this fantasy footballing world

Spot on Crimmo; I'm having him with GAJ and ditching Pendles. I plan to jump on Pendles if his price drops but I am going unique.
Jack Watts? You may need to give me a few reasons there old boy. risky!
Did you teach Dermie? Think he went to Frankston Tech.
Cheers.

SILENCE!!
OK, you pick Mr.Ablett, you pick dePendlebury … No more room for top plice plemium!!
Mr.Swan only good for trade up later in season.
Welcome.

Hate to disagree there but if you go a bit lighter in the backs then there is room for 4 premiums….In my case, GAJ, DePlendlebury, Swann and Cotchin with Mundy as the breakout (5 rookies)

Cost in no Goddard and no Franklin but Buddy is a slow starter so a round 5-7 (and first) upgrade target.

Gday there Jimbo old mate how are they hangin? You are super impressive this pre season mate.. has been some discussion re: your excellent pre season input thus far.

Its an interesting discussion this one.

The logic to put the trio of Swan, Gazza and Pendlebury is following the super elite methodology set out by Mick the mad irishman in 'The Premium trap'.

Those 3 will be in the top 8 mids by years end so why not try to get as many in now as possible.

this approach is offset by the breakout potential of Fyfe/Shuey/Mundy and Gaff.

Will these guys finish in the top 8 by years end or they a high end cash cow?

the answer to that question may decide on how many of the 4 you take into round 1.

Swan is a lock for me, along with Pendlebury, Ablett, Murphy & Cotchin. Watson is the other I am considering, might ditch Cotchin to be a little bit different to the rest

you will get killed in the round 13 bye

I'll agree with the Crouching One. Going Gaz, Pendles, JPK as my big 3, worry about possibly upgrading to Swan later in the year.

Why?? Why Crouching is no one heaing what your puttin down!! Too many perforated eardrums from a little one on one chat in the Gym methinks But when you blog This paduawn learner listens No Room for Swan in the Team Full stop….But then Master No room for Cotchin or Delido… Ah!! I see ploy very well no ro0m for super elites save 2 Locks the rest comes down to players who increase in value or become next lock!

Hi there community
Just wondering what everyones midfield structure is like.
Mine at the moment, Gaz, Pendles, shuey, fyfe, gaff, mundy,rookies.
I think the two freo and wce players have so much upside and all should have great years barring injuries. As said in previous articles and poll's.
Now with ten mids i think there has to be some POD's and i think all four are worthy picks.

Having all 4 of those mid-price options is a risk for mine. I'd probably drop one and go with another premium keeper like JPK or cotchin. Did you catch the player poll regarding this? – http://www.jockreynolds.com.au/2013/01/22/player-…

Gday there Kev top work mate…
Could be a real trap for the unwary this season re: going in with TOO MANY of those mid priced smokies… certainly is a year where there is plenty of value around the midriff … but only in moderation

Very chunky midfield mate – really like it. Like the fact you have 2 PROVEN super elites in GAZ and Pendles.. with your slightly lesser premiums all with real potential to step well above their starting pricing point
Hats off mate!!

Yeah, sticking with Ablett & Pendles – might pick up Swanny after his customary mid season break.

Yeah i agree Rob, will certainly pick up Swanny at some stage as well.
Racks up the numbers consistently.

Gday there Jamie – great to have you here buddy. I like the concept of going relitively heavy in your rucks this season mate – really like it and reckon you are on the right path. Not sure about the ROK early on.. will start the season a tad slowly I reckon?

They breed 'em tough in Seaford, the Tigers were the hardest team to play against in under 16's, I'll tell ya that!

4 solid premiums and 1 value pick is the right structure this year.

I have gone for exactly the same set up….which rookies are you going for at this stage….

mine are K stevens, k mitchell, OMeara, viney and Crouch.

I've gone heavy in my mid and I'm getting nervous.

Leaves a couple of my lines a little weak but thinking upgrades from rookies will help balance it out.

Wonderful work by Mr Crimmins… Swannie is a lock each year and pendles is the heir apparent. Not just yet for me as I can get a few more points this year outta Swan I reckon, so Swannie is in for mine.

Anyone like to give me their thoughts on Scooter Selwood this year?

Thank you Mr Shot.
As for Scott Selwood, Wellingham has been training as a tagger with WCE. This will free up young Scott to become more of an attacking-type midfielder. Should be no problems slotting him into your midfield

Very interesting reading. Great site love all of your work.
Question for you wise ones out there:

Koby Stevens vs Moloney for my M6?

Both will probably make 150k + so is it a question of job security or is there more than that to it?

Interesting to hear all of your thoughts.