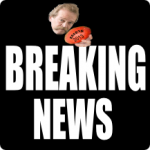 One of the most gob smacking changes to the game of AFL Dreamteam has been revealed this morning.

If you play AFL Dreamteam (or AFL Fantasy as it will now be known) in 2013 you will be able to make 44 trades.. that’s 2 trades every week of the season. A critical component of the game has been removed. Discipline. And the art of timing your limited trades throughout the duration of the season.

The other announcement is that, unlike in AFL Supercoach in 2013, there will be no rolling lockout. This means that Fantasy coaches will need to lock their teams in by Friday night… the old fashioned way.

AFL Supercoach announced late last year that it will allow a rolling lockout for each and every game of the season. This means that coaches can change their selections right up until the opening bounce before each game of the round.

Why have they done this?

AFL Dreamteam has been progressively losing market share to Supercoach over the past 3-4 years. It seems that AFL Fantasy (Dreamteam) is pitching itself as a clear and distinct alternative to Supercoach in the wake of public outcry at the added burden that Supercoach coaches need to take on in dealing with the rolling lockout each weekend.

If you play Dreamteam you can also have yourself a weekend outside of Fantasy Footy… if you want to win your Supercoach league you’ll need to be glued to your smartphone all weekend to check for late changes.

As the widely acknowledged Father of Fantasy footy in this ripping country of ours I believe that both forms of the game have gotten a bit bloody carried away this season.

I reckon our great games should be left alone. What are your thoughts on the changes – and which is your preferred game format in the lead in to 2013?

44 trades is stupid, glad I play supercoach. Although the rolling lockout is time consuming, you can still set your team on Friday and generally it will be ok. 44 trades is for muppets only.

Although you would have to trade every round to stay at the top, I suppose that could make it interesting. Due to the variety of options.

Would finally make Stanton a viable/certain starter in all teams!

ahhhhh…nooooo- stanton should be black listed from all dreamteams- just like dustbin martin. those 2 guys seem 2 have big wraps on themselves- for someone reason they are lazy show ponies- cant put my finger on it but they sh!t me!

Thats a fair suck of the proverbial sav.

Great news! Forget all that talk of "where's the skill in it", the reality is TRADING=FUN! I play this for FUN, so with more trades = more fun!

where is that wonderfully horrible challenge that we all face when one of our warriors goes down with a 2 to 3 week injury?

do we keep him, do we burn a trade?

thats all gone now in DT. there will be triggers being pulled everywhere.

Jock, you are spot on mate, 30 trades for SC is way to many also. Only counting 18 players during the bye rounds is f*#ked, waht happened to having to plan your side and trades? I hit my highest ranking after rd 13 last season because i planned for the byes, it was what got me over the line in total point in my cash league. Now it's not worth the effort, just read the Herald Sun the week before, burn through 4 trades in the first 2 weeks to grab the rookies ya might have missed and go in 4 players short during the bye rounds. This game is dying a slow death, i can see the numbers dropping severly over the next couple of seasons.

Dying a slow death???? Fantasy AFL has never even lived- read my comment below….. you'd be lucky if 100,000 people play it across the whole country- 100,000 is a tiny amount….. and so many fantasy coaches wasting so many hours of their lives- should I-shouldnt I trade…… then trade at the last second before lockout…. its supposed to be fun….why are most of you depressed or upset… not everyone want to read the history of all new players and study stats etc…… after all- you arent really a coach- and FANTASY isnt real. There will be a lot less p!ssed off people who wont have to deal with gooses like kurt tippet knocking himself out in 1 minute LOL

Wonder if they could run 2 versions of the game, DT pro and DT Light? I know there is already a Pro comp I think, but revert back to circa 20 trades in Pro, a car first prize in each comp…

If something isn't broke, don't fix it. Clearly AFL Fantasy think Dreamteam was broke. I am glad they are trying something different. These changes remove a lot of the challenges and risks faced when selecting your initial team.

I do enjoy the trading aspect of fantasy games so it will be interesting to see if removing a lot of the challenge will remove some of the fun.

I would rather play a season of new rules before passing judgment.
Early strategy probably dosen't change too much. Loaded Prems and Rotating Rooks $$$.
Only slight change might be no risky mid priced, in initial team, until proven ie. Ball, Leuenberger, Chris Knights, Broughton.
May be able to wait an see.

Jock I think DT has cut its own throat. What happens when selecting teams for Round 1 with it being played over 2 weeks bit hard if you want Geelong & Hawks players in your team. We wont be able to pick ANY rooks at all from those 2 two teams.

i have to say, i thought 30 trades in SC was too many, which it is, dumbs it down and takes the skill out of having a good side as now everyone will, but 46 trades is just ridiculous, i didnt play DT last year but was planning on it this year again, but not now. sad to say but Fantasy footy is becoming a farce, so what if we had injury riddled sides last year etc, so do the real teams, after all it was the same for everyone. how about a fantasy game with 40 odd players like the real lists and no trades, like the real teams have for a season. list selection/management would actually become a skill again!

2 trades per week will certainly make chosing the right rookies easier.
Player prices don't rise until round 4 so from round 1 to rd4 you can survey all the rookies, and use your trades each week to ensure you have the best scoring rookies when the prices rise

I like it, will introduce a whole new element of strategy. Question every week becomes how to maximise the trades (you'd be silly not to use them). If you have no immediate injuries, you might, for example, use them to minimise player losses and arbitrage on players (eg swap out Pendles if he's just had a 90, bring in Boyd for 2 weeks if he has easy teams, then bring Pendles back in after his price drops).

Yeah not a fan, levels the playing field out for those who don't research players or don't have a trading strategy and kills of having any DPP…..anyhow all a bit of a laugh really.

Too many times there are late withdrawls and too many donuts- donuts meaning you score no points for that player- THAT WAS STUPID! The law of the game is you need to have 22 players PLAYING- and sooo many times people had less than a full team which breaks AFL rules… so now everyone SHOULD have 22 starters everyweek. Plus the game will now be more trading for MONEY…. ie SWAN has just increased in $ and has hard games ahead, Boyd has dropped in $ with easy games ahead. Easy trade. Its gonna make EVERYONE trade smarter- plus everyone knows if you aint in it in the first 5 weeks then you aint in the running period!

The Rolling lockout fixed the late withdrawal issue, adding another 20 trades will not help you with that at all.

And how is discounting yourself after 5 weeks good for numbers? Means more people will dessert when they fall off the pack.

I play SC so it doesn’t really affect me though. The strategy is still there it just takes a different form now.

Game should be 1 trade per round (23-24 total), rolling lockout, 4 emergencies. People more dedicated to the game should be rewarded just like any other sport.

also, compared to overseas fantasy leagues Australian Fantasy Football is somewhat pathetic really. An accurate guess is that only 100,000 people in the country actually play…… which is a very low percentage of the number of fans our native game has.

Alot of peple have more than one team, some have more than 2 teams, a quick name scan sees many similar name teams with the same name coach- sometime 10 teams…..and some people make week to week teams trying to get a cash prize and then never login again- leaving many of the 10'000s of ghost teams in fantasy football…. so really not that many people play

Dream team suggest if this is too simple a game for you Dream Tea Pro is what you should go for.I This is a draft game in leagues so someone is pulling someones proverbial leg. I don't really like the new DT so hadn't planned to play. But I could get my itch scratched every week playing DT and save my good [email protected] for SC the serious game.

Rolling lockout will screw the many of us not living anywhere near the Australian game time zones. Both have had what can only be termed as a Barry Crocker.

I play AFL Dream Team for four years and this is my fifth season. Might be just foucussing on SuperCoach atm but will be playing AFL Fantasy too

The setup was best back 5 or so years ago when it was hard. The best thing was the emer could be used anywhere.