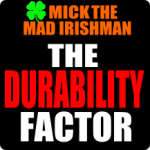 Last week we looked at the seven categories of player that I think better represents what is happening within the game and will better help us coaches when selecting our initial teams. Click here for a quick recap

Now the easy thing to assume is that all the players in the top two categories of the Elite and Super Elite Premiums are all viable options and there is not going to be much difference between any of them, both in point scoring and the all-important initial value for money. However as in all walks of life, sometimes things are not always what they seem to be.

Just ask Higgo about his trip to Thailand in the off season and he will tell you firsthand how deceiving things can really be. But fret not community… The Mad Irishman is here to help you sort all those pretenders from the real deal. If Higgo had only asked me to come to Thailand with him he might not have ended up getting bitten by the trouser snake.

When we pick our initial Elite and Super Elite premiums we are picking our keepers, the guys that we will have with us for each round all the way through to our grand finals in August. Take a Midfield form last season for example and say you started the year with four players with the elite or super elite status. So in Theory your M1, M2, M3 and M4 positions should be locked for the year and if you’re a serious coach you would be looking for these positions to average 110+ for the year.

But what happens if one of these players get injured or is rested for a round ??  No coaches will have a premium on the bench to replace them so we tend to put on a rookie to fill in for that week. Most coaches won’t look at that in this way.. but what is really happening is – because you have to replace a premium with a rookie for that week your average for that position has been reduced.

Take for example these two players:  Shane Tuck and Dane Swan. Straight up whom would you rather have in your team ?? Most people reading this article will be, ummm Dane Swan every time … but let’s look a little closer shall we. If one coach selected Dane Swan as their M2 and another selected Shane Tuck as their M2 and they both didn’t waste any trades by sideways trading their M2 position both coaches would have come out with a very similar average for that M2 spot in their team even though Dane Swans average for the year was over 10pts greater than Shane Tucks.

The key here being that Tuck played all 22 games in the year for 2522 points, whereas Swan only played 18 games for 2272 points. Even if you have got a decent rookie as bench cover for Swan when he was out, that has averaged 70 points a game, the coach that selected Swan would have only scored 2552 points for their M2 spot. An average of 116 points per game. Considering that Tuck started the year a whole lot cheaper than Swan the coach that selected Tuck would have got a lot better value for money for his M2 spot.

Of the 23 players that finished with Elite or Super Elite Status last season amazingly only 10 of those players played all 22 rounds. So if we apply the same reasoning as I did with the Swan vs Tuck argument above a lot of those players’ averages will be inflated and you might not be getting best value for money in your initial teams for 2013 if you select some of the more regular absentees.

Obviously any player can get injured, that is just part of the game and every coach will need that little bit of luck to have all your players stay on the park for the whole year. However there are some players that are more susceptible to injury or a rest break and those are the players you really shouldn’t be taking a chance on. Value for money is very important and “The Durability Factor” shouldn’t be ignored when selecting you initial team.

Below is a revised table of the Super Elite and Elite Premiums showing their revised averages from last season once you take into account the games they have missed and adding a rookie score of 70 points in those games.  The price in red shows what the player would cost for that revised average and potentially give you a better gauge on a players “Value for Money” Of course this table is a reflection of just last season and you can’t for example assume that Marc Murphy will miss 6 games again this season. However it should give you an understanding of how important it is to pick players that are likely to play all 22 rounds and thus give you the best value for money when selecting your initial team.

In the coming weeks I will be looking at each of the players with Super Elite and Elite Status in a lot more detail and will outline who I expect to miss games due to injury or who is likely to be rested. Stay tuned….

Interesting stuff, Mick. Certainly does make sense, and it's one of the reasons i've always been a fan of Scott Thompson in SC, guy is a tank who has only missed 2 games in the past 5 years. Out of most of those guys, the only ones who i'd be really concerned with missing more than 3 weeks would be Sandilands and Franklin (you may have evidence proving the opposite in your next column however!) . But using that logic with every player, it could certainly provide evidence on maybe thinking twice on other expensive $500,000 + players like McIntosh, Heath Shaw, Waite or Hartlett for example.

MRB37, yep Scot Thompson is a solid pick and i'd expect him to get through the entire season again in 2013. The only down side is I don't believe their is any scope for improvement in his scores. Will come in again around the 110 average. I currently have a few more penciled in ahead of him that I see playing every game and increasing their average. Franklin is a no from me at this stage but even though Sandi hasn't managed to stay on the park for any length of time over the past two years I haven't ruled the big man out. He might be worth the punt .. I shall explain in good time

Yeah does make the game easier having your guns on the park, last two season have had Thomo and Boyd as reliable main stays……might have to re- tinker me mids…cheers Mick

Great to hear from you Havers. Even though Boyd is so unbelievably frustrating scoring 70 one week and 140 the next, he still ends up with a solid average for the year so if your sticking with him from the get go it all works out. However because of his low scores you will always be able to pick Boyd up for a lot less than his starting price through the year. That's why Boyd is a better upgrade target than an initial starter. I'd look elsewhere this year mate and you'll find all the right advise for all those important initial picks here at the Jock Reynolds Fantasy Community

G'day community,
I've read the article a few times now Mick (well played Sir). Ive been chewing the cud since I 1st read it last night.
With the current coaching ploicy of resting players for a match or two preceived by their coach's as dead rubbers.
It is now impossible to pick players who will play every game.
Unfortunatley good players go for the ball in 50/50 contests and they pick up accumulative injuries over the course of the season. Selwood (Gee) is a bloody lunatic…Ablett ball getter and play maker no fear…Cothchin is a player of smiular ilk, has youth on his side to shake it off for now.
The 3 lads from richmond played every game, they were needed as the team was topsyturvee when it came to snatching defeat from the jaws of victory.
Like MRB37 S. Thompson is one of my picks, yes durability is a factor but not the reason why he is there
Anywho that was my 2 cents worth.
Hope to hear from you soon mate

Dool, your 2 cents is always welcome here 🙂 Your 100% spot on in saying it is impossible to pick a player who is guaranteed to play all the games. What I was trying to convey is that if you were in a scenario where you where tossing up between two players of similar value then don't forget to take into consideration the "Durability Factor". For example if you were tossing up between Selwood and Cotchin, both of simliar ilk I'd be going with Cotchin because is track record says he will stay on the park. I had Selwood in my team last year and when he was a late out the week after he got concussed I didn't have an emergency and got a donut … Was in the hunt for the 50k at the time and it really hurt me. Love Selwood as a player but way he plays his football means he is likely to be concussed again this year and for that reason he won't be joining the Mad Irishman this year

Thanks for the reply a cara,
Now I feel like a dill I did n't realise what you were trying to convey My Bag
Ya I'm torn on Selwood (Love the attacking rhe ball mentality but maybe we should seriously consider a section on a player substitue to fill in the holes left by "General bloody soreness" for later rounds?
Just a side note I think Delids is a contender for a prime mid spot as a lot of people will overlook him for Cotchin? your thoughts
Thanks again Mick. Cheers

great info Da_Mad_Irishman and one that if you are looking at the big prize is so important, we all aim for that but after 4-5 weeks in if you got a bad start you're pretty well stuffed. So if your player selection is predominatly about your league then you can carry the lower scores for 2-3 weeks. That's why Boyd is a no go for me this year. I don't want the ups and downs. But having said that I had Swan as a lock but based on this I might consider dangermouse to take his spot. Hmm rubs chin…thanks again