No stuffin around now – there is some serious news that will affect all of our Supercoach and Dreamteam selections for 2013 . We jump straight into some of these player changes this week including;

Enjoy the show folks. We’ve all gained a few fantasy footy kilos in the off season but its the fair dinkum among us who NOW start their journey to the Supercoach or Dreamteam premiership flag.

Great work from Jock and the boys again! Good to get back into it.

Thank you Adam – you're a good egg mate

Great to have you back boys.

3 votes all the way Jock, thanks for the parables

Looking forward to next week.

Thanks old son. It is absolutely fantastic to be back. One hell of a big season looms on the horizon mate – we all need to have our wits about us

great to be back 🙂 good stuff jock

great to see ya MJ mate! This will be a bloody huge preseason son

Great podcast fellas! Crouching One watch the language and settle down old mate, Haha! I am ready for the next season! I am still burning from the last season which I played in 5 grand finals but only won 1. So I was disappointed with last season but hoping to listen to you lads for some good pointers!

I gotta say Crouching, I think you're being a bit harsh on 'ol Broughton. I got faith in him being able to turn it around now that he's not being coached by Ross Lyon. I'm banking on him being a top 10 defender next year, but as always, will wait to watch pre-season form.

Tommy Rockliff is looking like a tough choice for me. I like having MID/FWD guys in my team playing up forward for me as I find them to be usually better options than guys like Jack Riewoldt who rely upon kicking goals to get points. I think I ended up last year with Beams, Sidebum, Dangerfield, Boomer Harvey and Zorko in my forward line. Franklin and Tex Walker were my only forwards who didn't have dual position eligibility. Will be a bit tougher this year with guys like Sidebum, Teen Wolf and Beams losing their FWD line eligibility.

Rockford will be an absolute lock next year! Voss has come out and said that Black will be rested more next year and surely Rocky will get more time through the midfield?

Having you guys back is a ripper!

Sensational as always lads!! Cant wait till next week.

when is the next one out?

Back on Sunday lads 😉

As an Edwards owner I’m concerned his 60 pts (last night) will be downgraded to 40 pts. I must have missed the TA, LB watching live. Can someone put me out of my misery and tell me I’m wrong! #SuperCoach 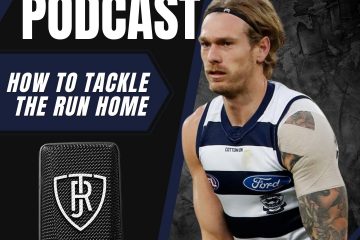 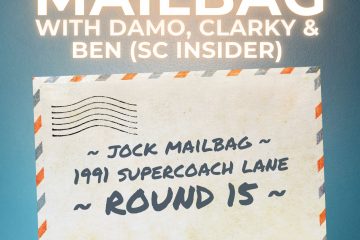