The Machine is dead. LONG LIVE THE MACHINE(or “DOM” as I shall christen thee).

DOM is my short nickname for Dominance Matrix

That is right friends. For those of you who have been following The Machine over its 10 week life, I have officially pulled the plug on it. I released its excel engine last week for all to inspect. By all means, tinker with it as I have. And create your own game point margin predictor.

Out of respect for The Machine; here is a summary of its 10 week life;

DOM, as his name suggests, runs predonminately off a dominance matrix(Supercoach team list value and home advantage overlays its output). This is a big excel grid which holds all previous game data on who played who and the margin ….. ranking teams performance against each other in terms of a dominance factor. If interested I suggest you google it – fascinating stuff!

After running DOM back over the last 6 weeks, its accuracy is far superior to that of The Machine.

Without further ado, here is DOM’s Week 1, or Round 17 predictions;

(the same simple rules apply, must differ by 2 goals, only place $5 line bets)

To help you understand what a dominance matrix does, lets look at the interesting Richmond V North game. DOM takes into account the teams that they have played and their performance against them. Interestingly, North got, as Jock would say, “flogged” by West Coast while the Tigers were narrowly beaten. North also got flogged by The Hawks while Richmond beat Hawthorn soundly. These factors help to gain a clear analytical team comparison tool. Of course, there is a bit more to it than this …. worth googling!

You may well have a passionate or even some factual arguments as to why Richmond can’t win this game. The beauty of using mathematical systems is that it takes any bias or irrational thought out of the argument and makes all decisions on an even playing field(pardon the pun).

I am looking forward to a new week of calculated, careful punting with my new mate DOM.

Yours in mathematical adventure,

YES! I misread the line based on DOM's output.

I will fix this now.

what no punting machine this week?!

lol, what pathetic results! I wouldnt be advertising it this week either…

Appears the DOM died as soon as it was christened. Pretty ordinary effort from you. Jock would be disappointed.

I love your work though mate, you bloody legend. You're a mathematical genius.

I reckon you'd be a good maths teacher! 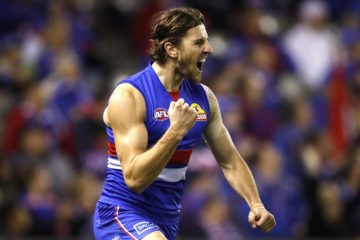 Premo Midfield Guns – Which Ones??

By Captain Risky This is the top 10 players based on 2019 Total Points, Averages (+ Kelly/Whitfield), and Price (+Mitchell), which works out to be 13 players. You might already have them locked, maybe you Read more… 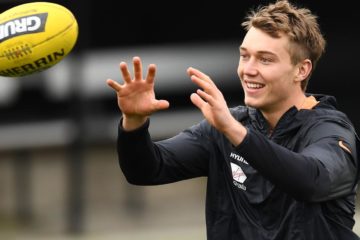 We’ve made it! SuperCoach Grand Finals across the land are just days away Top 8, bottom 8, cash league, whatever it may be. Congrats for making it this far. It’s been another cracking year of Read more…