Fair to say that we have been pretty bloody rapt by the support that we have received after our first episode aired in October.

We are back with another pre-Christmas podcast due to popular demand and swing straight into some juicy inside info that will get your Supercoach and Dreamteam ships sailing in the right direction for next season.

I offer you an insight into my incredible Fantasy Footy mind and discuss a couple of the GWS boys you need in your team next year. Higgo has a look at some promising prospects from Tiger Land and also lifts the lid on his secretive 3 cubed rule. The Crouching One gives us some more strategic gold and draws a stunning parallel between Fantasy Footy coaching and his marriage.

It is a great honour to be running this show with Higgo and The Crouching One and I hope you are enjoying the ride with us.

(ps For some top notch post show reading make sure you are up to date with Jock’s Locks for 2012, read Higgo’s contraversial article on his statistical analysis of the Magpies hopes and Crouching’s Award Winning look at the art of trading.

Very interesting podcast again boys. However I think you've confused your dislike of Collingwood and Bucks with fantasy football and trying to justify what you "Hope" will happen rather than what will.

My therapist has required me to amplify any sense of emotion or passion that I feel. Unfortunately, a magpie swooped me when I was young – as a result I am trying to express and resolve these negative emotions that have festered.

I am feeling better.

No dislike of Collingwood here old Capn, Higgo just calls it as he sees it mate – only way he knows. Love the Pies and what they do for our great game

The @ThePhantomSC is having a bloody good #supercoach year. Topped the ladder in my social media #RoOSTACup league (rank 390th). Managed to defeat him in qualifier. We both survived prelims... And now the granny! #NeckAndNeck

Outside of Touk am struggling with the C. Harmes should go to Neale and Brisbane may put time into Clarry with Matho, so will avoid them.

Bit scared to say this now, but cant remember a season with so little carnage in the last month of the season #supercoach 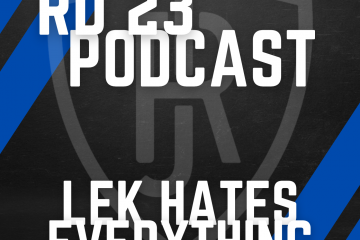 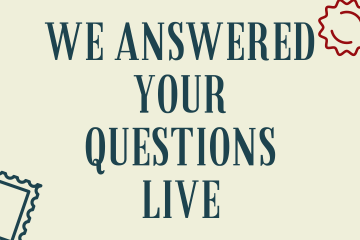 PODCAST | We Answered Your Questions Live

G’day community! This week’s podcast was be a LIVE Supercoach extravaganza. All of the Supercoach news, answering all of your mailbag questions, our weekend tips and captaincy options + more! Watch the video here: https://www.twitch.tv/videos/1550979044 Read more…